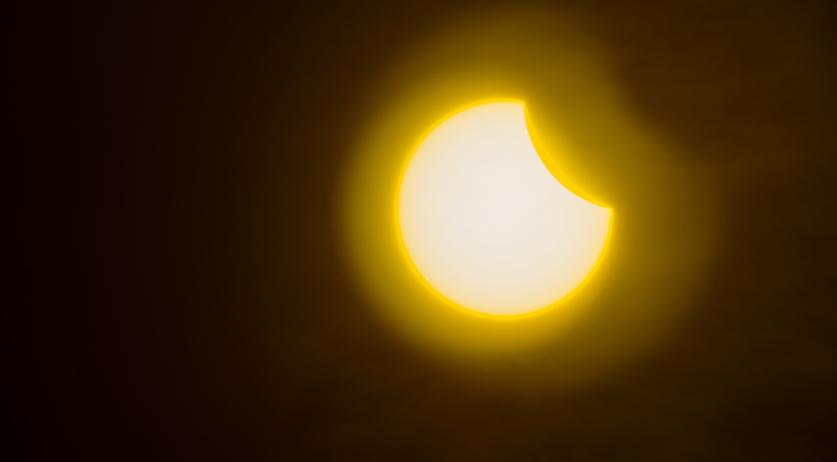 The weather will be perfect for viewing the partial solar eclipse later today, Weerplaza said. Clear skies are expected around noon, when the partial eclipse will peak in the Netherlands.

This is the first partial solar eclipse visible in the Netherlands in four years. The previous one, on 21 August 2017, was harder to watch as it happened around sunset.

Weerplaza reminds people not to watch the eclipse with the naked eye. Sunglasses are not enough to protect your eyes. Eclipse glasses is the best method to view the natural phenomenon. But you can also create a projection of the sun with a colander and a piece of paper, the weather service said.

Maximums today will range between 22 degrees on the coast and up to 27 degrees in some places in the southeast, according to meteorological institute KNMI. The southwesterly wind will be weak to moderate, turning to the west to northwest in the afternoon.