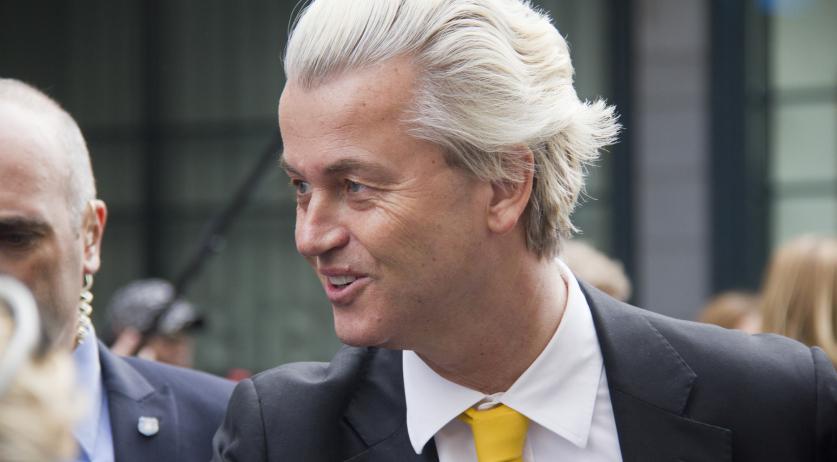 Journalists threatened after Wilders calls them "scum" on Twitter

The Dutch Association of Journalists (NVJ) said its members have received multiple threatening emails after PVV leader Geert Wilders used Twitter to call them, "gewoon tuig van de richel", which roughly translates to either "pure scum" or "scum of the earth." NVJ secretary Thomas Bruning read one of the emails on NPO 1 Radio which stated that all journalists should die.

"So this is what many of our colleagues see in their e-mails and on social media on a daily basis," said Bruning.

The NJV has called on Wilders to have a conversation about the problematic tweet which was published on June 5. The tweet from Wilders was likely written in response to a story in NRC about the alleged sexual misconduct of his PVV  colleague, MP Dion Graus. The latest allegations against Graus were made by a former party staffer. Earlier this year, his ex-wife said Graus forced her to have sex with his security team.

"Then he must look into the issue and not drag the entire profession into it," said the NVJ secretary. "Earlier this year, Wilders stated that violence and threats are not good. Then he must also propagate that himself. He profiles himself like no other as a defender of free speech."

"Research shows that eight out of ten journalists in the Netherlands have recently had to deal with intimidation and violence. It is very painful that Wilders is giving people on the street ammunition again at this time to say things like this," said Bruning.

In response, to the invitation, Wilders called the NVJ hypocritical, but without addressing the organization's point that the politician should consider complaining about a story instead of an entire profession. "The times that your media has spread untruths and rubbish in which I have been portrayed, for years, as xenophobic, extreme right, racist, undemocratic or a Nazi, are countless."

Earlier, ChrisenUnie leader Gert-Jan Segers said Wilders has called the Tweede Kamer "fake parliament", and said the courts were filled with "fake judges". Now, with his latest attack on journalism, Segers said Wilders is "targeting our freedom itself."

Wilders replied, "I haven't even mentioned a fake Christian like you, Gert-Jan Segers, which allows the Islamization that runs counter to our freedom, and also threatens Christians worldwide to continue. If anyone puts our freedom on the line, it's Islam huggers like you!"

He also reiterated that he is "against violence, always," regardless of the target.