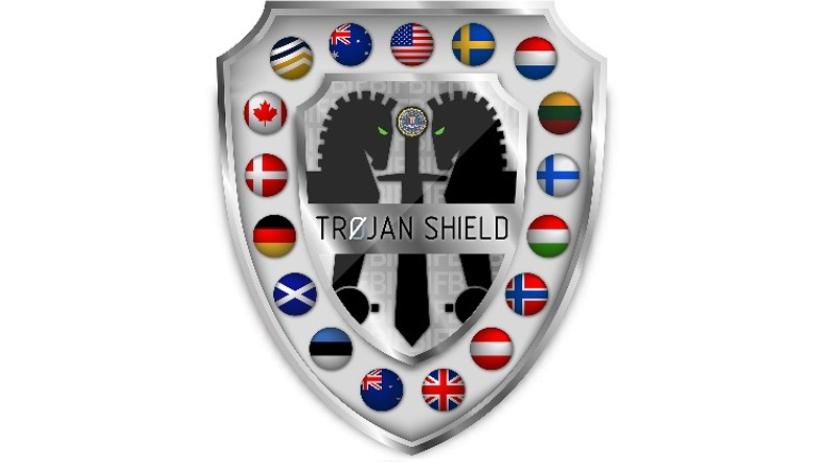 49 people were arrested in the Netherlands in an international operation in which police in various countries sold "encrypted phones" to criminals and spied on their communications for months, Europol and the Dutch police announced on Tuesday. In total, the operation resulted in over 800 arrests, more than 700 raids and searches, and the seizure of large mounts of cocaine, crystal meth and cash.

The operation, called Trojan Shield, involved the authorities setting up their own communication network which they called ANOM. Mobile phones were then sold to criminals by police informants and undercover officers as encrypted devices, at hefty prices. A total of 16 countries participated in this operation, led by the American FBI and Australian AFP.

The authorities spied on criminals' communications since October 2019. Communications were sent in at least 45 different languages about the trade in drugs, weapons, ammunition, and explosives. There were communications about assassinations, ram raids, ATM bombings, and armed robberies, the police said. Most messages were in Dutch, German, and Swedish.

In the Netherlands, 49 suspects  were arrested, 25 drug production and storage sites were busted, and the police seized large quantities of drugs, eight firearms, and over 2.3 million euros.

The National Police Unit of the Dutch Police played a major role in this investigation due to its experience in encrypted communications and specializations in cybercrime, intelligence and tactics, the police said. The Dutch police developed special software to analyze and interpret the millions of messages sent, which it made available to Europol. Europol shared the results with the other involved countries.

“Operation Trojan Shield is a fine example of innovative and daring police work that is unparalleled. Each partner provided its own unique expertise and together we delivered a fantastic international performance," Janine van den Berg of the National Unit said in the Europol press release. "Thanks to the excellent technical skills of the Dutch police, the millions of messages could be analyzed and interpreted. Just like the investigations into EncroChat and Sky, Operation Trojan Shield also shows that serious criminals wrongly believe that they can operate anonymously and out of sight of the police and that they cannot be caught. Nothing turns out to be less true."

The Dutch police called operation Trojan Shield an "unprecedented blow to criminals around the world." Europol called it "one of the largest and most sophisticated law enforcement operations to date in the fight against encrypted criminal activities."