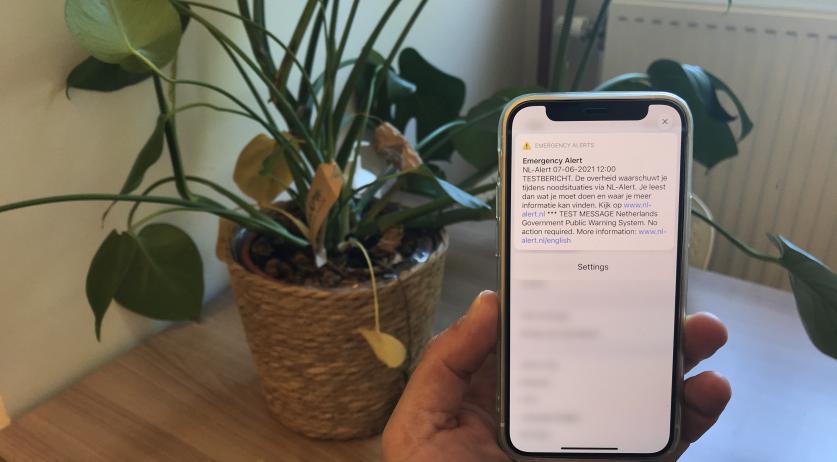 The loud, piercing push notification many mobile phone users received on Monday at noon was a test from the government’s emergency system NL-Alert. The test was only sent to phones that were turned on and charged, and whose users did not disable the alerts from being delivered.

Users were not required to carry out an action when they received the test.

The message may also have appeared on video screens at public transportation stops, and on digital advertising billboards.

NL-Alert sends out a national test approximately every six months to ensure the system is functional. It is used in cases of emergency, with all active mobile phones in a localized area able to receive a warning and instructions if any safety measures need to be undertaken.

In the case of a life- or health-threatening situation such as a heavy, unexpected storm the joint control room of the fire brigade, police department and ambulance will send out a warning message to all affected regions. The notification will contain information about what happened and instructions about how to remain out of harm's way.

The alerts are sent out automatically via the Dutch telecommunication system. The service is anonymous and free of charge.