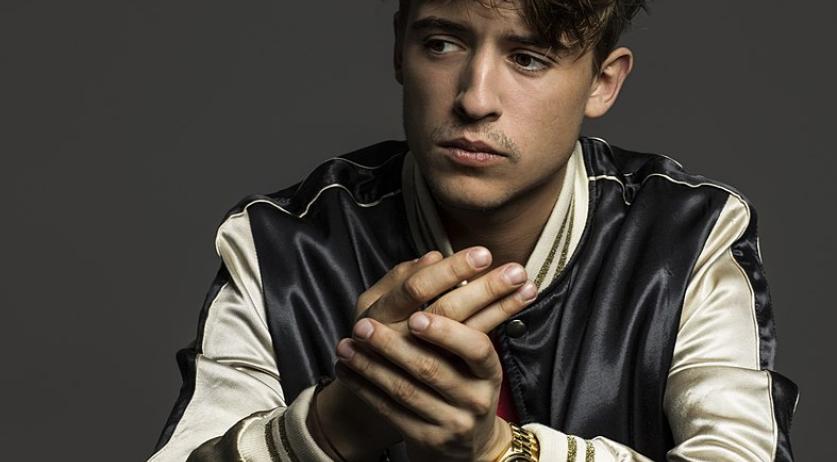 Radio station FunX will no longer air songs of Dutch rapper Lil 'Kleine in response to allegations that he abused his girlfriend Jaimie Vaes in Ibiza last weekend. "We will follow the news and will take a look at how we deal with this in the long term," a FunX spokesperson told Parool.

The 26-year-old singer was arrested Saturday on the Spanish island, but was released a day after due to "lack of evidence," his lawyer told broadcaster NOS.

Various media outlets wrote based on reports from eyewitnesses that the rapper had assaulted his fiancé, after which the police were called in. Images in Spanish media showed Lil Kleine being taken by the police agents and later arriving in court.

Eyewitnesses also told De Telegraaf that the rapper’s 31-year old girlfriend was seen injured and bloodied in the lobby of their hotel with her clothing torn. Vaes is said to have filed a complaint against the singer, whose real name is Jorik Scholten, after which he spent one night in custody.

Following the incident, the couple has come out with a joint statement denying that domestic violence was the cause of Vaes's injuries. They claimed that their status as public figures caused the media to blow the story out of proportion. "We are really shocked by all the media attention regarding our relationship. The rumors circulating about this incident are absolutely untrue. We have our highs and certainly our lows. Because we are in the spotlight, these are being put under a magnifying glass," they said in a statement.

According to Scholten’s lawyer, the court in Spain has dropped the case due to "lack of evidence". It is still unknown what the exact consequences will be for Scholten's criminal record. Under Dutch criminal law, in those situations, a case would remain the person's criminal record, unless they have been wrongly identified as a suspect.

The couple concluded their statement by saying they want to take the upcoming period to process the events that happened. Although the stories are not true according to the couple, Lil Kleine does want to apologize "for all the commotion". In addition, he said that "certain things have to be changed", for which he will also take responsibility.

It is not yet clear whether FunX has banned the music of Lil Klein temporarily or permanently. A spokesperson for the NPO radio broadcaster said that they wanted to talk about this case and address the issue of "abuse in general".

Dutch website CrimeSite, which specializes in criminal news, noted FunX still plays music by Jason L. under his stage name Djaga Djaga. The rap musician was convicted in 2016 for money laundering, and in 2017 for involvement in the assassination of Abderrahim Belhadj.

Prosecutors accused him of asking Belhadj to meet him at an apartment in Amsterdam Zuidoost to have join him in having sex with women there. Belhadj was murdered when he arrived at the apartment.