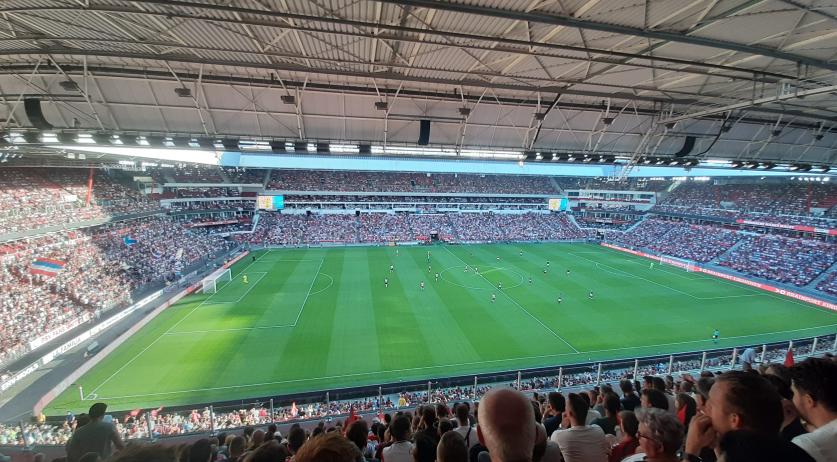 The audience may be welcome to attend playoff games of the Dutch football championship this week, caretaker Health Minister Hugo de Jonge said on Monday. He said the government is currently discussing the proposal to grant access to stadiums again to fans who provide a negative Covid-19 test, Nu.nl reported.

According to De Jonge, no decision on this has yet been made. The government is expected to make a final decision during this week in consultation with the representatives of the Dutch football association (KNVB).

Matches between FC Utrecht and FC Groningen, and between Sparta and Feyenoord, are scheduled for Wednesday. The winners will face each other on Saturday to secure a place in Europa Conference League qualifiers.

FC Emmen is set to take on NAC Breda on Thursday in the Eerste Divisie, as will N.E.C. and Roda JC. Winners will then battle it out on Sunday for a spot in next season’s top-tier national league.

The KNVB said they were hopeful that supporters will be able to attend the final matches of the season. For the clubs, it seems unrealistic to welcome the public for the midweek matches, but the proposal seemed more feasible for the final playoff games scheduled for next weekend.

Last month the Cabinet announced that all the remaining Eredivisie games would be played in front of empty stands. That way the pilot project which allowed fans to briefly return to the stadiums was discontinued, despite the appeals of KNVB.

Earlier in April, the public was welcome to attend Eredivisie games for the first time since September last year.