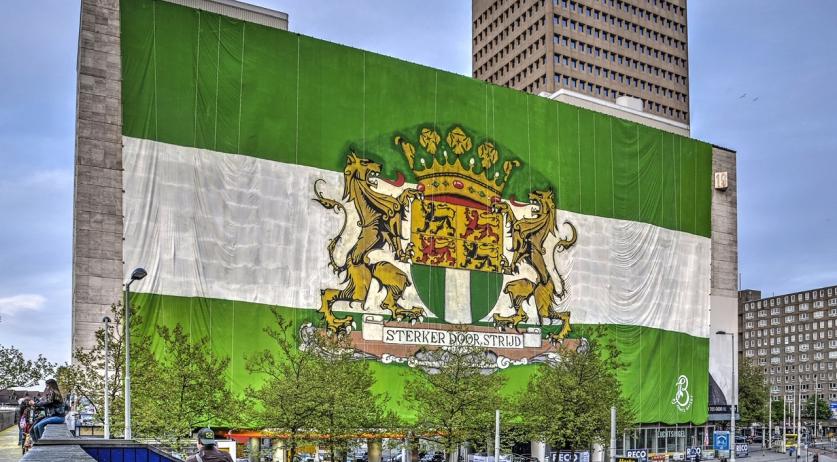 Skirmishes in The Hague with ADO relegation; Vaccination site closed as precaution

After a 4-1 loss to Willem II in Tilburg, football club ADO Den Haag was knocked out of the Eredivisie after 13 years in the top Dutch league. VVV-Venlo was also relegated after Ajax defeated them in Amsterdam by a score of 3-1.

The threat of relegation, and a general fear of the unknown prompted municipal health service GGD to close their mass vaccination site outside the Cars Jeans Stadium, home to ADO Den Haag.

Dozens of football fans were taken into custody by police at the stadium after refusing police orders to vacate the area. Officers pointed to an emergency order issued by the municipality against gatherings at the stadium, and detained those who did not comply. Those involved were par of two groups of fans, police said.

ADO needed three points from a win just to keep hope alive going into the final match on Sunday. The team already trailed Willem II by three goals at halftime. The Tilburg team is also fighting to remain in the Eredivisie.

VVV was relegated after four seasons in the Eredivisie. FC Emmen, Willem II, and RKC Waalwijk have not yet secured their place in next year's top-level season.

The GGD vaccination centre at the Cars Jeans Stadium was closed at 1 p.m. on Thursday, and was also likely to be closed for Sunday afternoon and evening. The measure was taken as a precaution to prevent people from being caught up in violence from the supporters of ADO Den Haag.

Supporters of the football club were expected to try to follow the matches from outside the stadium together, despite warnings from the city not to gather at the location. Authorities anticipated potential incidents and unrest, and decided to shorten the vaccination centre working hours on both days.

All vaccination appointments were moved from The Hague centre to the vaccination facility in the Broodfabriek in neighbouring Rijswijk. GGD Haaglanden responsible for the vaccination centre at ADO football stadium stated the move would cause no issues or delays, Omroep West reported.

"Everyone who was supposed to receive their vaccine there this afternoon has already received a message from us with a new location", said GGD Haaglanden representative Marcel Baas.

ADO will face FC Twente in their final game of the season on Sunday at 2:30 p.m.