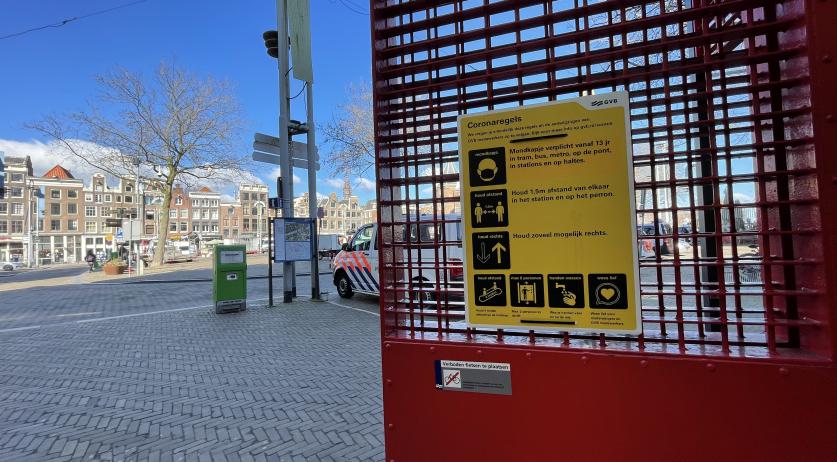 The Cabinet has not yet decided if it will press ahead and relax coronavirus lockdown restrictions further, and a decision will likely not come before Monday, May 17, according to broadcaster NOS. However, Prime Minister Mark Rutte and Health Minister Hugo de Jonge were expected to announce during a press conference on Tuesday that cafe terraces could soon be allowed to open for 13 hours per day, and that the negative travel advisory for international trips will expire on May 15.

Instead of the negative travel advice for almost every region in the world, the Dutch Ministry of Foreign Affairs will likely return to an evaluation per country. The travel warnings for some regions will be withdrawn, or reduced from Code Orange to the less-serious Code Yellow. That means that traveling will be possible after that date to countries in which epidemiological situation is favorable. However, these countries can still decide to keep their borders closed to Dutch citizens if they deem the Netherlands as a “high-risk“ country, Grapperhaus explained.

This could include certain Greek and Spanish islands, Portugal, and Iceland, according to Nu.nl. There is currently no quarantine requirement for entering the Netherlands from Lesbos, Rhodes and Samos in Greece, or from Cabrera, Formentera, Ibiza, Mallorca and Menorca in Spain. Traveling to the Netherlands from the Azores or mainland Portugal also does not require a negative coronavirus test before arrival.

Additionally, cafe terraces could be allowed to open up for customers from 7 a.m. through 8 p.m. every day. Currently, this is only allowed from noon to 6 p.m. The next set of major lockdown rules changes should include allowing open-air locations such zoos and amusement parks to welcome guests again, as well as expanded outdoor sports activities. Restrictions in the arts and culture sector would potentially also be lifted and the use of indoor sports facilities is also on the table. This could take effect on May 19, though NOS said it was unclear when the extended hours for terraces could begin.

The latest coronavirus data “seems to be going in the right direction”, but not well enough to take the next step, Minister of Justice Ferd Grapperhaus on Monday said after a meeting at the Ministry of General Affairs led by Prime Minister Mark Rutte, ANP reported.

According to the previous advice from the Outbreak Management Team (OMT), the government should hold off on loosening restrictions until Covid-19 hospital admissions drop by 20%. That is not the case at the moment, but according to Grapperhaus, there is room for optimism because there are several indications that the peak of infections has ended. The average daily number of hospital admissions has fallen by about 13 percent since the OMT submitted the advice. Because it is still uncertain whether this decline will continue, the decision will only be taken next week.

The second phase of the six-step plan was supposed to be addressed a week ago, but the meeting was postponed because the number of Covid-19 hospitalizations and daily coronavirus infection levels were still too high to ease the lockdown restrictions.