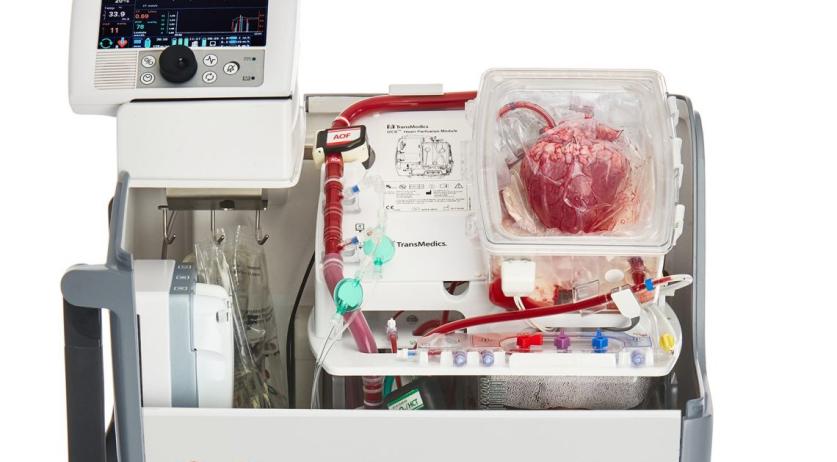 Transmedics Organ Care System, or "Heart in a Box", in use in the Netherlands since April 2021 - Source: Transmedics at Supplied by Erasmus MC
Health
organ transplant
heart
Erasmus Medical Center
UMC Utrecht
UMC Groningen
Share this:

Doctors at Erasmus Medical Center, UMC Utrecht, and UMC Groningen have succeeded in reviving a the heart of a deceased patient, enabling it to be donated to a transplant recipient. This was the first successful transplantation procedure to be performed in the Netherlands after circulatory death (DCD) occurred.

Until now, a heart transplant could only take place in the country if the donor's heart was still beating, as in the case of patients with no sign of brain activity. More than 140 heart patients are currently waiting for a a donor, and one in seven people die as a result of a heart not being available. The researchers estimate that using the new method they will be able to perform up to 40 additional heart transplants per year, which could more than double the current total.

"Those people are not living, they are surviving. Some of them don't make it in the end, so there really is a need to find additional ways to help these people," explained cardiologist Olivier Manintveld.

The Transmedics Organ Care System, or "Heart in a Box", has already been used successfully in many countries for several years. With it, doctors are able to connect a donor's heart to a machine shortly after death. By ensuring that the heart gets enough blood and nutrients again, it can be revived.

"That means a heart pumping blood again. The fact that this happens outside the body means that the heart can recover and if it has not suffered too much damage, you can still use it to perform a transplant," explained Manintveld

According to Manintveld, about 100 people around the world have obtained a donor heart in time as a result of this procedure. Australia, Belgium, Spain, the United Kingdom and the United States are among the countries that have already adopted the heart-in-a-box concept.

Most recently, the lives of six young patients aged 12-16 in the United Kingdom have been saved using this technique.