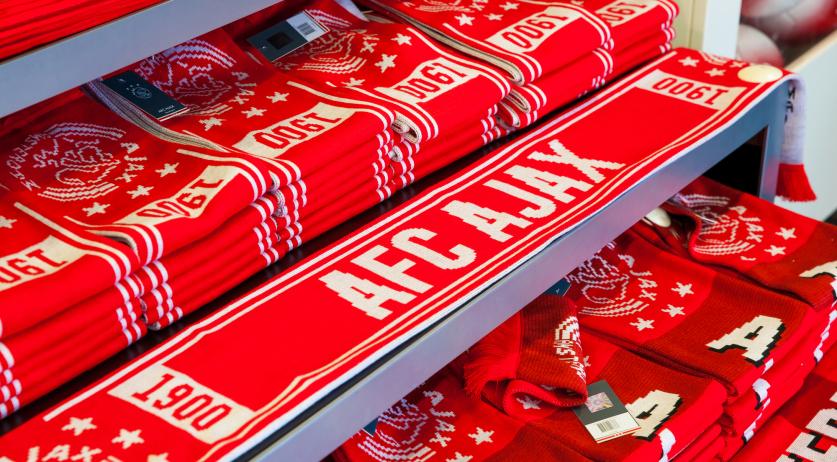 Amsterdam football club Ajax sealed its place as the Dutch football champions for the 35th time in the club's history. A draw was all the team to secure its place at the top of the table, but it took home three points with a decisive 4-0 win over FC Emmen at the empty Johan Cruijff Arena.

Despite an emergency order issued from City Hall to prevent crowds from celebrating the victory, thousands of people showed up outside the stadium. Screaming supporters chanted, sang, and lit fireworks and flares. Rembrandtplein was far calmer, and mostly empty a half-hour after the match, even though some Ajax fans also congregated at cafe terraces there.

Ajax scored first ten minutes into the match on a shot from defender Jurrien Timber. His first Eredivisie goal was a strike from the top of the box, that took an unlucky bounce off the left hand of Emmen keeper Michael Verrips.

The next goal came in the 61st minute, when Sebastien Haller used his left foot to convert a through pass from Davy Klaassen straight in on goal. Five minutes later, Devyne Resch headed a ball from Dusan Tadic into the bottom left corner of the net.

Davy Klaassen knocked in a header from dead center to make it 4-0 in the 74th minute, thanks to another Tadic pass.

By that point, Ajax fans were amped up and ready to enjoy the victory even though Amsterdam Mayor Femke Halsema issued an emergency order prior to the game to prevent crowds from forming. This was especially for the Leidseplein area and other city center areas where Ajax fans would celebrate victories before the coronavirus pandemic, but also at the Johan Cruijff Arena.

While the emergency order is in place, police are allowed to search people for the possession of weapons, fireworks and alcohol. She stated in a city council meeting on Thursday that authorities would intervene should crowds begin to form after the game. A televised tribute to the team was expected instead of a typical championship celebration.

At the conclusion of the 2018-2019 season, about a hundred thousand Ajax supporters converged on Museumplein for the victory party.

The match between Ajax and FC Emmen was held in front of an empty stadium, despite pleas from the Dutch football association, KNVB, to allow a limited number of spectators to watch.

Two weeks ago, Ajax took home the Dutch cup for the 20th time in the club’s history after a 2-1 win against Vitnesse Arnheim.

The double Dutch victories followed Ajax missing their chance to qualify for the Europa League semi-finals after a 1-1 draw against the Italian football club AS Roma on April 15.