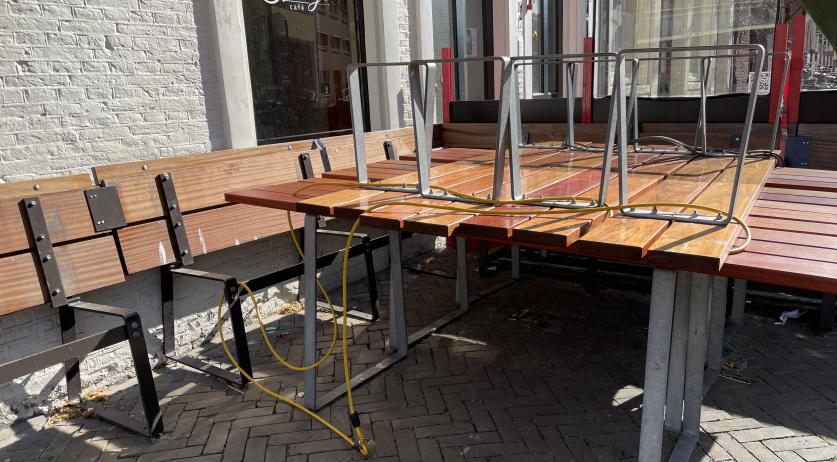 An estimated 74 percent of small hospitality businesses in the Netherlands said they are struggling to fulfill their financial obligations, and are desperate for more financial support from the government. About 29 percent of small businesses are already technically bankrupt, according to the kbindex, a report on the status of small businesses in the Netherlands carried out by Hogeschool Utrecht and ONL on behalf of microfinance firm Qredits.

Some 51 percent of small business owners said that they themselves fell below the poverty level last quarter, up from 46 percent in the fourth quarter of 2020.

The report is based on responses from about 1,049 business owners in March and April, nearly all of whom have fewer than ten employees. About 63 percent are single-person businesses with no staff.

Just 36 percent of the entrepreneurs were able to pay themselves more than minimum wage, 13 percent were earning less than minimum wage. Fewer than half of the business owners (49%) said they were making payments on time, down from 58 percent the previous quarter.

The financial challenges they face have caused more to say they are suffering from a high level of stress for an extended period of time. That rose from 52 percent up to 56 percent. Over a fourth of all entrepreneurs are dealing with an "exceptionally high stress level", according to the report. Sixty percent of those business owners in the healthcare sector and 62 percent in hospitality said they have had a great deal of stress for an extended period.

Cafes and restaurants which have outside terraces started welcoming guests again on Wednesday for the first time since October, but many argued that the end of the crisis for the industry is not yet in sight. "It is a drop in the ocean. It will boost some, but it is not enough to get out of this crisis," said Esther Renssen from Qredits to Nu.nl. She supported the argument that more direct government support was urgently needed to help small businesses survive the crisis.

"Direct income support and venture capital - subordinated loans, for example - seem necessary to prevent a significant increase in bankruptcies. Some measures have already been taken by the government, but they have not yet proven to be sufficient for many," it was stated in the report.

At the same time, the report showed that business confidence among entrepreneurs went from negative to neutral. Small entrepreneurs started to show slightly more optimism when the government unveiled its gradual lockdown exit plan earlier in April.

Additionally, turnover is also increasing with 44 percent of small businesses now having a turnover of more than 5,000 euros per month. In the fourth quarter of 2020, this percentage was only 28 percent.