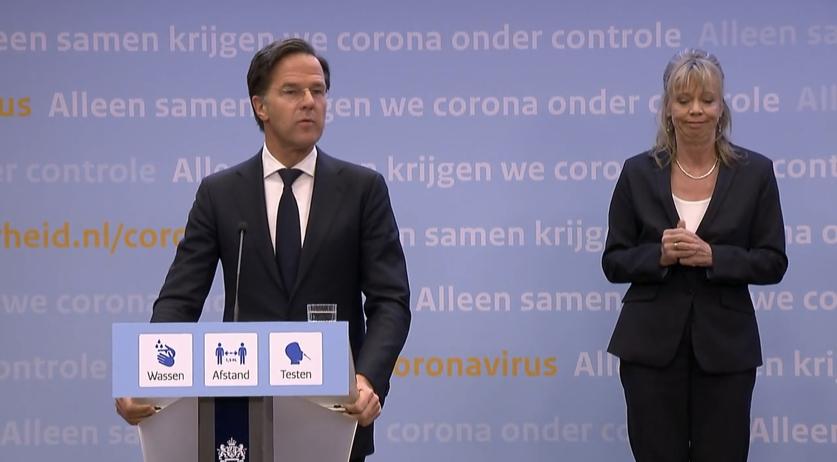 The Netherlands will emerge from lockdown into the summer in a five-step plan announced on Tuesday by Prime Minister Mark Rutte and Health Minister Hugo de Jonge. The plan will start on April 28 with the reopening of cafe terraces and more shops, and the elimination of the curfew, and it should end by early July when all adult residents have had the opportunity to receive at least one shot of a coronavirus vaccine.

Additionally, all parents of younger students will also be allowed to send their children to after-school care, the Dutch government decided on Tuesday. That will begin on Monday. The Cabinet also confirmed that higher education students will be able to return to classrooms for the first time in over four months on April 26.

"Emotions are running high, the restrictions are becoming more and more restrictive and we are finding it more difficult to comply with the measures," Rutte said. "That is all completely understandable. But we must not lose sight of the collective reality. And that is that the end is in sight."

Despite that understanding, De Jonge stated that the plan is an outline which can be adjusted as the pandemic situation develops. "We will go faster if possible and slower if necessary," De Jonge said.

Rutte had previously said that outdoor cafe terraces could probably reopen on April 21, but the current coronavirus infection figures have remained too high. "It is true that last week we hoped the first steps could be taken on April 21," Rutte said. "April 21 is just too early. We look at it every week. We will decide next Tuesday whether something is possible on April 28," he continued.

About kicking delaying the first step by one week, Rutte said, "The Vondelpark [in Amsterdam] is probably just as full as when the terraces are open. We really have to get past the peak of the third wave before we make those kinds of decisions."

The seven-day average of new coronavirus infections has risen five days in a row, and was approaching 7,400 on Tuesday. An average of over 300 hospitalizations have taken place daily over the past week, with 2,554 people in care on Tuesday including 800 in intensive care.

An announcement will take place on April 20 to inform the public if the country will forward with step one on April 28. This will also include increasing the number of household guests over the age of 13 from one to two. The plan is completely dependent on the reduction of Covid-19 hospitalizations and a clear decrease in the reduction of coronavirus infections.

"Every week we look at what is possible. Then we look at the curfew, visitors, terraces and education. That can be a first step, but only if the situation allows it," De Jonge said.

The second step of the plan will take place at the earliest on May 11, according to a press release from the Cabinet, if Covid-19 hospital admissions falls further. At that point, more members of the public could be allowed to attend professional sports events if they can provide evidence of a negative coronavirus test at the entrance.

Access testing will be important to expanding what members of the public can attend, De Jonge stated. "By testing in advance, we create safe bubbles of people who are almost certainly not contagious. Various pilots are currently underway for this and we hope to do this on a larger scale in the course of May."

The reopening of restaurants at a limited capacity could take place on May 25 if the Cabinet moves forward with step three. That would follow with more events being allowed from June 16 at step four. By July 7, De Jonge believes that nearly all adults in the country will have been able to have received their first dose of a coronavirus vaccine, making it possible to open more of society.

With any luck, De Jonge said, the basic rules of frequent hand washing, social distancing, wearing a mask, and getting tested for the viral infection at the onset of symptoms, could be abandoned in August.