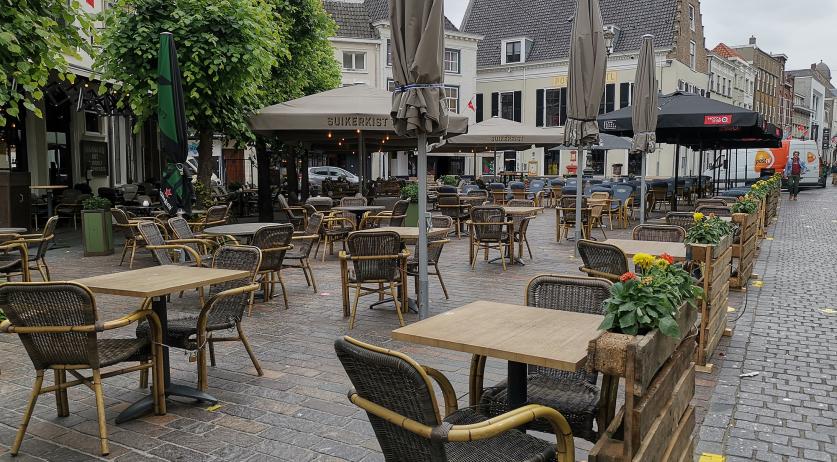 A large part of the hospitality industry may not be able to reopen once the government gives the green light for the relaxation of coronavirus measures in this sector, as a significant number of entrepreneurs lack the financial means to pay personnel and purchase supplies. Most bars, cafes and restaurants have been forbidden from hosting customers since mid-October, though they have been allowed to serve takeaway customers.

The catering industry will lack resources to stock up on food and drink and to hire staff even if they are soon allowed to reopen, and a large number of them will face this particular problem, Koninklijke Horeca Nederland chair Robèr Willemsen explained to BNR.

Willemsen added that many entrepreneurs may have to rely on their creativity and come up with new strategies which would allow them to reopen as soon as they are allowed to, but that will almost certainly remain impossible for many. He was also hopeful that the government’s support would help some of them to open their doors again soon.

A number of other sectors and industries such as carnivals and fairs, bowling alleys, travel agencies and companies in the retail trade may also struggle to open fully or even partially in the next period according to the ONL employers association. During the crisis, these companies relied so much on their company reserves and personal assets that there is now no liquidity remaining to finance a reopening.

The government’s most recent reopening plan which was revealed on Tuesday suggested cafe terraces and more shops might be able to reopen on April 28. However, Prime Minister Mark Rutte later said that might be delayed to mid-May. The six-stage lockdown exit plan is supposed to end by early July when all adult residents have had the opportunity to receive at least one shot of a coronavirus vaccine.