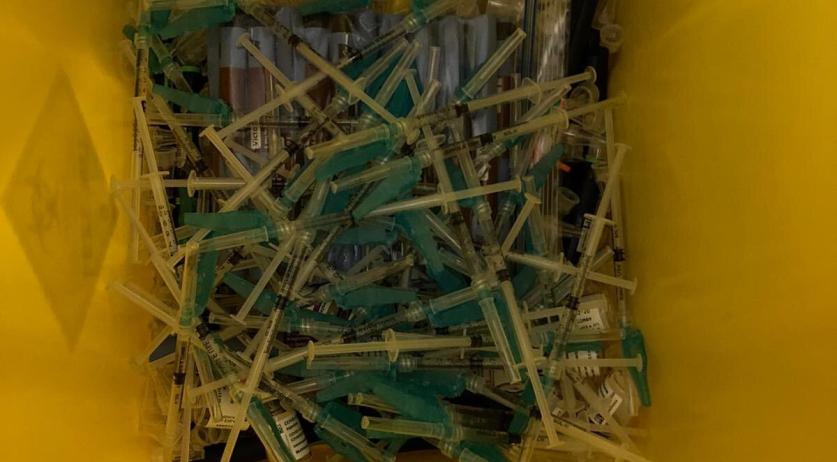 Zwolle general physician Marco Blanker said he had to throw away 60 syringes filled with an AstraZeneca Covid-19 vaccine dose after dozens of people did not show up for an open call to be vaccinated against the disease. The GP expressed his frustration on Twitter on Thursday night about the no-shows, about the government policy preventing him from giving the vaccine to younger people who would have gladly taken it, and for the Ministry of Health confusing people about the risks associated with the vaccine.

The government's current policy is to administer the AstraZeneca vaccine only to people above the age of 60. There is a very small risk of serious blood clots forming after the first dose of the vaccine, but the European Medicines Agency said the benefits far outweighed the risk of clotting. With those suffering from the clots being mostly under 65, Health Minister Hugo de Jonge opted to make the AstraZeneca product available only to those over 60, while making alternative vaccines available for people below that age limit.

The doctor, who also lectures at the University of Groningen, told RTL news that the situation developed after he invited 250 people to get a vaccine injection to make up for low turnout recorded on the previous weekend. Only 72 people showed up for the injection on Thursday, which was significantly less than what Blanker and his colleagues had expected. He added that they also had a reserve list, but no takers. “The entire reserve list had also been called up.”

There were people below the age of 60 who wanted the vaccine, but Blanker could have been sanctioned for violating the rules. "We have a group that wants to be vaccinated and is well aware of the risks, but we cannot vaccinate them because we are being threatened with fines. We are not going to take that risk," Blanker explained.

Blanker and his colleagues had prepared the syringes in advance to save save time. A vaccine vial holds a minimum of 10 but often 11 or 12 doses of a vaccine. Once the vial is pierced, it may be stored for up to eight hours. A syringe with the vaccine already prepared must be administered within six hours.

The doctor was thus forced to throw the 60 unused syringes in the trash. He said his staff thought it had been very frugal by preparing the shots in advance. "But when the turnout is so unimaginably low, this happens."

Blanker foresaw the problem developing, and reached out to the Ministry of Health before throwing the vaccine doses in the bin. His calls for assistance garnered no reply.

Blanker's tweets also prompted a further discussion in the Parliament where a debate was going on Thursday about the relaxation of the coronavirus measures. D66 Member of Parliament Jan Paternotte read the tweet and asked Minister Hugo de Jonge how it is possible that a GP has to throw away dozens of vaccines, to which he responded that "the GP has in that case likely prepared too many".

During Thursday's debate, De Jonge also said he was aware of the fact that some places in the country were sometimes reporting increasing numbers of no-shows, but remained positive about the current vaccination pace.

"Fortunately, I know from many GPs that the turnout there is fine. The figures vary, sometimes the turnout is disappointing. I think that as time passes and people are more informed, they have more confidence."