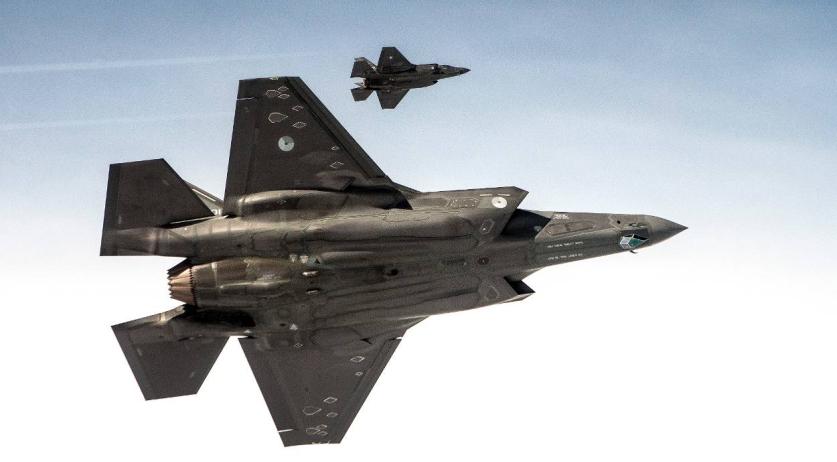 The Dutch Air Force has grounded all of the country's nine F-35 fighter jets at the Leeuwarden Air Base out of concern that grit blown up from the runway has potentially caused engine wear. The decision was made as a precaution to prevent possible subsequent damage after three of the fighters were found to have engine wear earlier than expected, the Ministry of Defense announced on Thursday.

"The grit would have come from an anti-slip layer of the runway system at Leeuwarden Air Base," the ministry said. "As far as is known, the Netherlands is the only F-35 flying country that has this wear and tear on F-35 engines.

The Netherlands also has eight other F-35 aircraft currently stationed in the United States. The 14 planes unaffected by engine wear are capable of flying, but the other F-35 fighters in Leeuwarden will remain on the ground until the cause of the damage is confirmed.

The engine wear was discovered on the Frisian base during standard safety procedures. "The F-35 has a heavier engine than an F-16 and therefore blows up more grit while taxiing," the ministry said. "This form of wear has not been observed with the F-16."

The F-35 fighter first arrived in the Netherlands in 2016 after the country purchased more operationally and technically advanced 5th-generation aircraft, explaining the F-16 was outdated after being used for more than 30 years.

Another reason cited by the Ministry of Defense following the purchase was the involvement of the Dutch commercial sector, with more than 25 suppliers participating in various technology development around the aircraft.