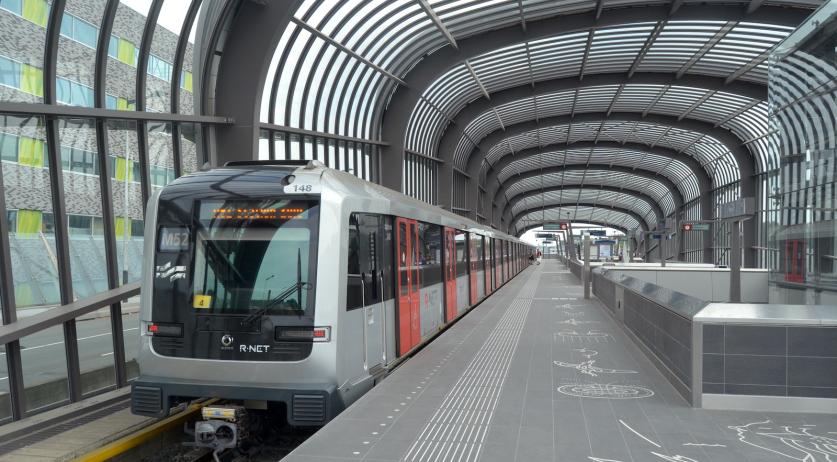 The outgoing cabinet is spending 1.5 billion euros from the National Growth Fund for the extension of the North / South line to Schiphol and Hoofddorp.

Ten projects will receive a total of 4 billion euros from the National Growth Fund. The money will go to green hydrogen, innovative and future-proof education, and public transport projects in the Randstad, among other things. Almost 650 million euros will be made available immediately. For approximately 3.5 billion euros, additional substantiation has to be provided.

The Amsterdam region takes the top prize: a total of 1.5 billion euros is reserved for the extension of the North / South line to Schiphol, which amounts to 50 percent of the estimated costs. Yet the announcement also disappointed some people. No money will be allocated for the second part of the Amsterdam application, the completion of the last part of the Ring Line between Isolatorweg and Central Station. Former alderman Sharon Dijksma, who submitted the application to the National Growth Fund, spoke of a "package deal", but the government did not take that into account.

Last year, the involved municipalities, the province of Noord-Holland, the transport region, KLM, NS, and Schiphol already reached an agreement to provide 1 billion euros for the project. According to estimations, the extension will cost between 4 and 5 billion euros.

It is therefore not automatic that the city council will add to the missing budget for extending the North / South line. Left-leaning parties such as GroenLinks and SP were previously critical of the expansion towards the airport but applauded the promise that closing the Ring Line would bring a lot to the capital. The question is whether they will give political support if Amsterdam has to pay for this entirely out of its own pocket. D66 responded enthusiastically.

"Great news for the entire region"

Mayor of Amsterdam Femke Halsema was also moderately positive. "Just like you, we heard today that the committee for the national growth fund recommended making 1.5 billion euros available for the extension of the North / South line to Schiphol and Hoofddorp. That's great news for the entire region. I am very pleased with this important step which underlines that our project is of national importance. We can get started with this money, "says Halsema.

She also points out the lack of monetary support for the Ringlijn in the package. "Together with the partners in the region, we will continue unabated to realize our total package. In addition to extending the North / South line, this also consists of closing the metro ring line. This is necessary to create the highest transport values ​​and to be able to realize the necessary housing construction."