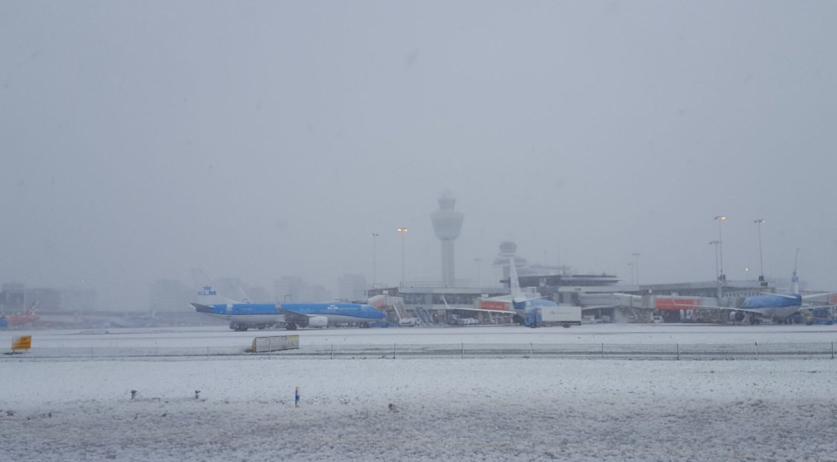 Flights disrupted at Schiphol and Eindhoven airports due to snow

The winter weather has affected not only public transport in the Netherlands but also the flight schedule of Schiphol and Eindhoven Airport, among others. Dozens of flights that would depart from Schiphol have been delayed or canceled. In addition, Eindhoven Airport will remain closed at least until 1 p.m. on Sunday.

Although several flights have been delayed at Schiphol on Sunday, closing the airport is not in question, reports a Schiphol spokesperson. "Due to the snowfall and wind, the number of aircraft that can use the runways is lower than normal. In addition, aircraft have to be de-iced, which takes more time."

It is not yet known how long the delays will last for at Schiphol. "A team of snowplows is currently hard at work," said the spokeswoman. With trucks with snow blades and anti-freeze fluid spraying, they will try to keep the runways free of snow.

Due to strong winds, the Kaagbaan will be the only runway in use at Schiphol on Sunday morning. The runway had to be temporarily closed at 8.30 a.m. due to snow removal, a spokesperson for Air Traffic Control the Netherlands confirms after reporting from NH Nieuws. As a result, several flights had to divert to other airports. The track is now snow-free and open to air traffic again.