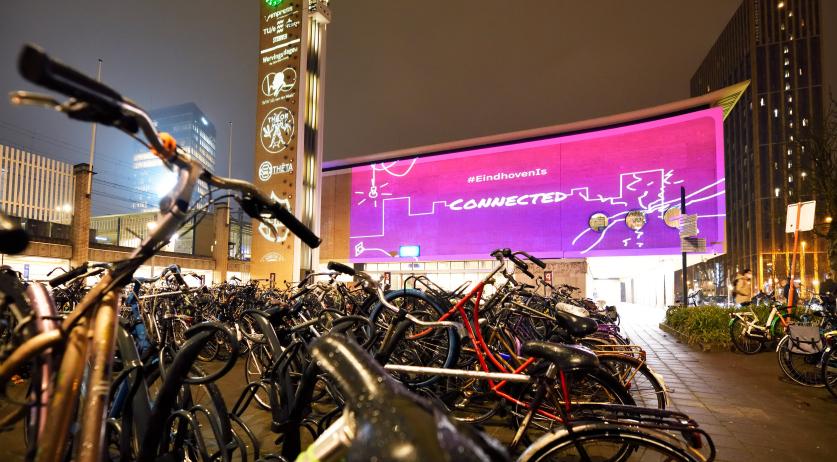 Students from Eindhoven University of Technology (TU/e) will be projecting positive texts and images at Eindhoven Central Station this week, in a response to riots and vandalism at and around the station last week Sunday.

"After those riots, we would like to support everyone. We want to put Eindhoven in a good light, together with everyone in the city," students Mayke Scheffer and Gijs Neerhof said to news wire ANP. Eindhoven residents can submit positive images and messages on the project's Instagram account.

The riots broke out after the implementation of a curfew in the fight against the spread of the coronavirus. Significant damage was done to the train station, with windows being shattered, the piano being destroyed, and shops being looted.

Eindhoven mayor John Jorritsma is pleased with the project. "It is wonderful how committed our students are to the city and want to support everyone after the misery of 24 January," he said to the news wire.

Two weeks ago, #Eindhoven was shocked by riots and destruction around the Eindhoven Station. Now, the students take control and show the world a different Eindhoven, with a life-size projection of positive messages on Eindhoven Station. 😍 pic.twitter.com/Y9Fnm87gF1