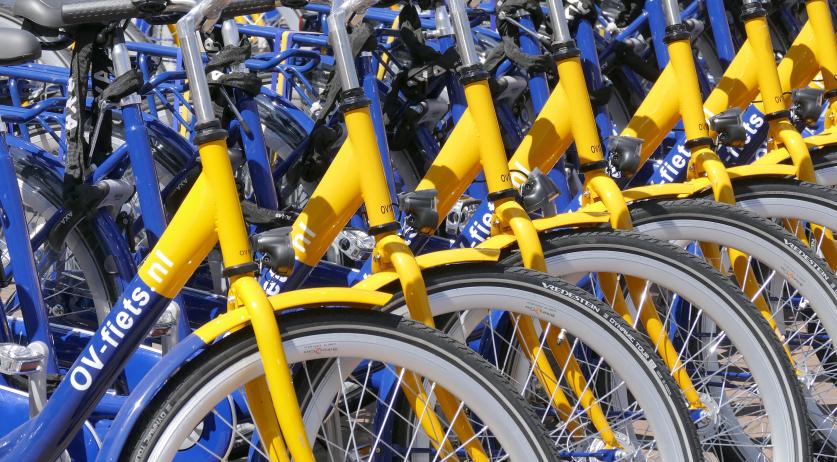 After a successful test-run at the Apeldoorn station, the NS plans on equipping nearly 70 percent of all OV-bikes with an electronic cards by the end of 2021.

In the future, travelers with a bike rental subscription will be able to use their OV-chipcards to unlock the blue and yellow bikes. The rental will be automatically terminated once the bike is returned and the lock closed again. Users can check their rental status on the NS-app. Instructions can be found on the baggage seat of the two-wheelers.

The NS first tested this new method in Apeldoorn with 350 bicycles. Users gave the system a solid eight on a scale of one to ten.

According to data from the NS, 45 percent of train passengers use the bikes offered by the public transport provider. Despite the number of bike riders dipping by nearly 60 percent during the pandemic, the NS predicts that the statistic will soon pick up again. At the moment, the NS offers 21,700 bikes at nearly 300 different locations in the Netherlands.