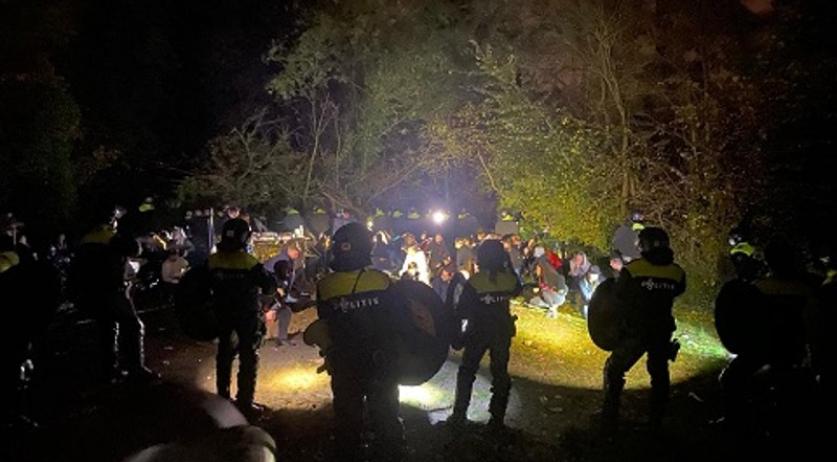 Like every year, the New Year’s celebration kept police busy this year. Authorities state that despite fewer violent incidents taking place, there was more overall nuisance.

In total, 9 percent more incidents were reported over New Year's compared to the four-year average. The majority of nuisance reports concerned noise complaints, disruptions caused by young people and incidents concerning fireworks and other explosives.

On New Year's Eve 2020, police handed out 80 fines for fireworks, 700 percent more compared to the average of other weekends in December. The number of fireworks-related incidents reported to the police increased by 9.6 percent, compared to the four-year average. The police unit Amsterdam saw the biggest increase here, with 65 percent more incidents. Noord-Nederland saw a 55 percent increase, followed by Limburg and Rotterdam with 46 and 45 percent respectively. Zeeland-West-Brabant and Den Haag had fewer reported fireworks incidents.

The number of reports of fire or explosions also increased significantly, with 2,161 such incidents reported, 42 percent more than the four-year average.

On the bright side, reports of violence and threats sank by nearly 25 percent. Police also reported experiencing less physical violence directed towards them and other first responders, although verbal harassment of officers rose. Related to that, the police also had to aid firefighters and paramedics much less this past New Year's. In total, police officers had to make sure other first responders could do their job in 268 incidents, 38 percent less than the four year average.

Dutch police overall took roughly 34 percent fewer people into custody on New Year’s 2020-2021 compared to the average of the past four years. The most arrests were made in the regions of Den Haag, Oost-Nederland, Rotterdam and Oost-Brabant, respectively.