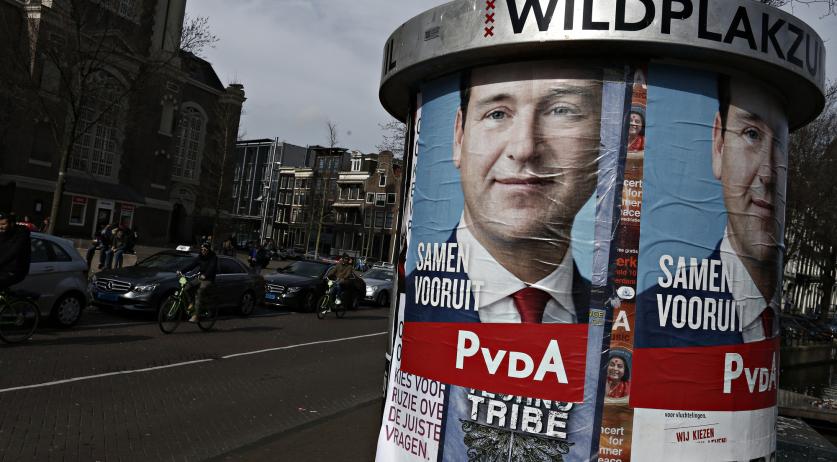 Politicians praise Asscher's integrity in stepping down as Labour leader

"I had, have and keep a great deal of appreciation for his tremendous commitment to our country and our cooperation over the years," Prime Minster Mark Rutte said about Lodewijk Asscher after he announced that he was stepping down as leader of labor party PvdA. Other politicians praised Asscher's integrity in his decision to step down.

Asscher was Rutte's Deputy Prime Minister and the Minister of Social Affairs in the second Rutte cabinet. The Prime Minister said on Twitter that he spoke to Asscher about "his tough decision" and "I personally wish him all the best."

GroenLinks leader Jesse Klaver praised Asscher's integrity and called stepping down a "brave and honest decision". "I enjoyed our cooperation and I will miss you. All the best, Lodewijk," he said. Klaver and Asscher agreed a few months ago that their left-wing parties would work together after the parliamentary elections in March, either in the coalition or as the opposition.

D66 leader Sigrid Kaag expressed her "great appreciation for the dedication with which Lodewijk Asscher served our country and the city of Amsterdam." Asscher was alderman in Amsterdam before entering national politics.

PvdA parliamentarian Lilian Ploumen, who will take over as PvdA leader for the time being, told NOS that she only heard about Asscher's decision to step down this morning. "It's definitely a blow, I'm gutted," she said. Ploumen is number 3 on the PvdA's election list. She did not want to tell the broadcaster whether or not she would run for party leadership in the election. "We are going to recover from the blow and how it all continues is up to the party chairman."

PvdA chairman Nelleke Vedelaar told the broadcaster that the party will make further announcements "in the short term". She also praised Asscher. "Lodewijk has given our party a new face in recent years. With gusto he counteracted Rutte III's indecent choices," she said.

Asscher is stepping down as chairman and will not be a candidate in the upcoming parliamentary election in March, he announced on Friday. He said that he does not want discussions about his involvement in the childcare allowance scandal to stand in the way of the PvdA getting a good election result. He will finish his term as parliamentarian.