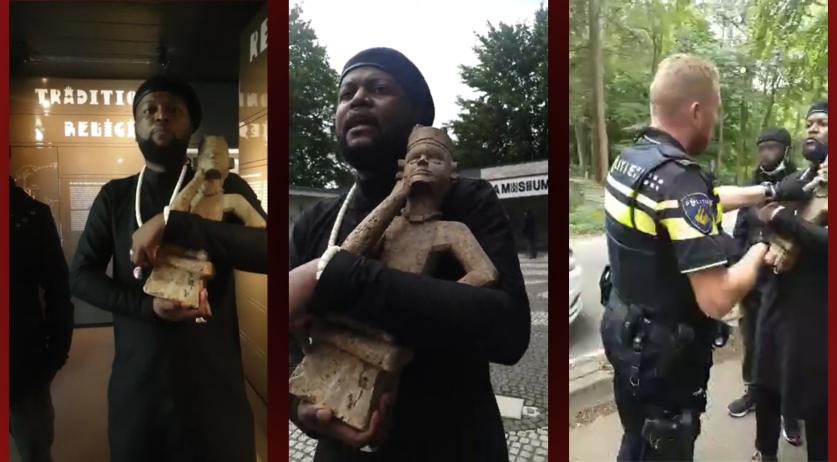 The Public Prosecution Service (OM) demanded fines up to 4 thousand euros and conditionally suspended prison sentences against five activists accused of trying to steal a Congolese statue from the Africa Museum in Berg en Dal.

The two women and three men from Belgium and France removed the statue from the museum in an anti-Colonialism protest on September 10 last year. They filmed their action and live-streamed it on social media. They were arrested at the scene, and released from custody a few days later.

The OM considers a 42-year-old man the leader of this group of activists. The OM demanded that he be fined 2,500 euros and sentenced to a conditionally suspended prison sentence of two months, with a probation period of two years. The OM also asked the police court in Arnhem to ban the man from going near the Africa Museum for three years. According to the OM, the man was previously convicted of similar thefts in France.

The other four should be fined 4 thousand euros each, and sentenced to a conditionally suspended prison sentence of one month, with a probation period of two years, the Prosecutor demanded. They too should get a restraining order, prohibiting them from visiting the museum in Berg en Dal for three years, the OM said.

The activists will continue to fight for the return of art looted from African countries during Colonialism, one of them said in an interview after their arrest and release in September. "These are not simple pieces of art, but cultural expressions of our ancestors that play a role in who we are. They are not meant to be on display in museums, because in the hands of our people they hold significant spiritual and anthropological value."