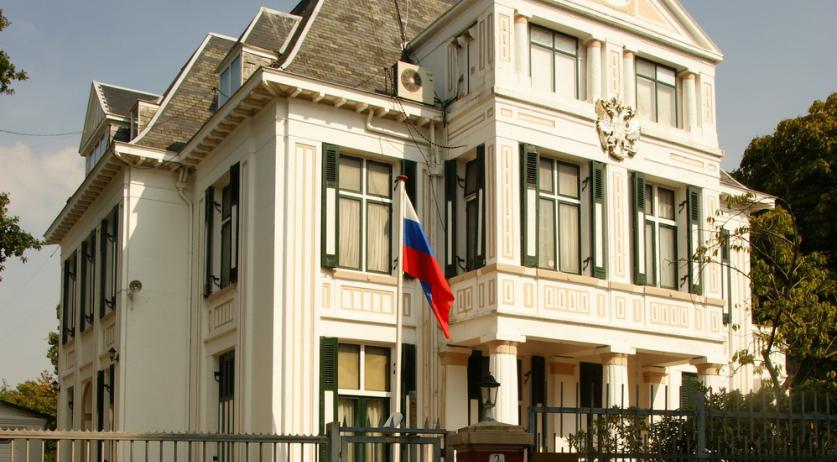 Two Russian diplomats suspected on spying on the Dutch high-tech sector had built up a large network of sources, according to general intelligence service AIVD. The Ministry of Foreign Affairs declared the diplomats persona non grata on Thursday and they will be expelled from the country.

"We were able to establish fairly intensive contacts in more than ten cases, of which we have actually seen and heard in a number of cases that there was information transfer and payment," AIVD chief Erik Akerboom said to radio program Nieuws en Co.

The AIVD observed the alleged spies and their sources for a long time, he said. "You can imagine that we kept this matter quiet for a long time to make sure we got a good understanding of what was actually going on. Only [on Wednesday and Thursday] did we contact the companies and these sources."

At least one of the sources, a foreign national, will also face deportation. What will happen to the others, is still unclear. Maintaining contact with a foreign intelligence service is not punishable in itself, but leaking state, official and trade secrets is. Further investigation by the companies involved must reveal if any of the sources leaked such secrets. If this is the case, they can report it to the Public Prosecution Service.

The sources work at high-tech companies and higher education institutions that conduct research into artificial intelligence, quantum computers, semiconductors and nanotechnology. "If information is stolen from companies that develop unique knowledge, the damage can be great, for that company, but also for our economy and national security. Because the things they were looking for can be applied in civil technology, but also in the military world," Akerboom said.

The Russian embassy in The Hague told news agency Tass that the Dutch Ministry of Foreign Affairs "has not provided evidence of illegal activities by Russian diplomats" and that Russia will take countermeasures. According to NOS, this likely means that two Dutch diplomats will be expelled from Russia.