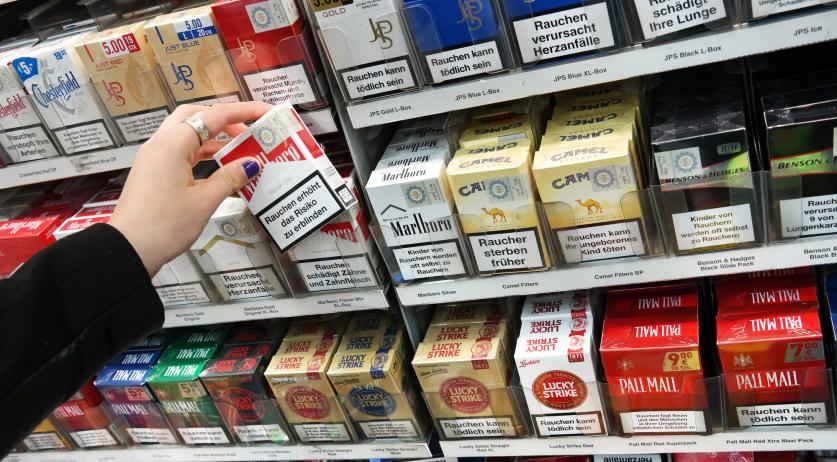 Tobacco manufacturers paid supermarkets on a large-scale to display their products as visibly as possible, and gave the stores bonuses for selling their products, the Dutch food and consumer product safety authority NVWA said based on an investigation of six medium- to large supermarket chains in the spring, NOS reports.

The NVWA found 51 illegal agreements with ten tobacco manufacturers, in which stores were reimbursed for displaying tobacco products and received bonuses for how many products they sold. The amounts the supermarkets received ranged from 10 thousand euros to around 2 million euros per year. The tobacco manufacturers were fined for violating the tobacco advertising ban. The fine amounts to 45 thousand euros per violation and can run up to 450 thousand euros for repeat offenses.

State Secretary Paul Blokhuis of Public Health told NOS that it is "very disturbing" that all the investigated supermarket chains received reimbursements from tobacco manufacturers. "It really cannot be that in a supermarket, where we strive for a healthy life together, that rubbish is simply advertised," he said. He added that promoting tobacco sales by putting certain branded signs up front is simply against the tobacco advertising ban, and supermarkets are well aware of that.

Jan Hein Strater of tobacco manufacturers' trade association VSK told NOS that the tobacco manufacturers will go to court if they actually receive a fine for this. "The agreements exist and are within the law, that has nothing to do with advertising, for that Blokhuis must first change the law." The agreements are about distribution, he said. "There should be no advertising to consumers, but sales to the trade are not included in that."

The NVWA recently also investigated how supermarkets were adhering to the display ban and found only a handful of violations. In some cases, other products were also behind the door shielding the tobacco products, resulting in it being opened more often than necessary. At least one store still had a tobacco advertising poster on the wall. The authority issued 30 fines, 450 euros for each offence, and three warnings.