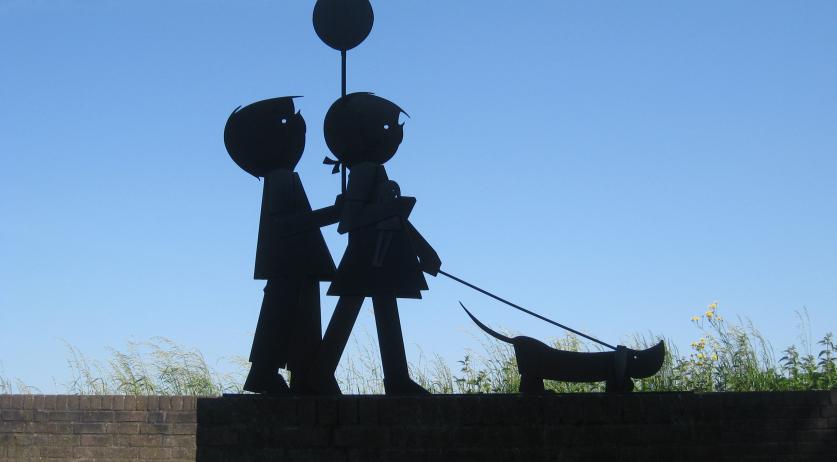 A statue of Jip and Janneke has disappeared from the Waalkade in Zaltbommel. The flat metal statue features the Dutch children’s literature characters walking their dog, Takkie, on the quay alongside the Waal river.

It was determined to be missing on Monday morning. Thirteen years ago, the statue also vanished as part of a New Year’s prank. It reappeared just after New Year’s Day, 2008.

A spokesperson for the municipality told broadcaster RTL Nieuws that they believed this week’s disappearance may also have been a similar prank. The news outlet also pointed out that there has been more opposition to the collected short stories featuring the duo in recent months for being too rigid in portraying gender roles and stereotypes.

The statue was originally placed in Zaltbommel, Gelderland in 1992 at an event with Jip en Janneke illustrator Fiep Westendorp in his hometown. His partner on the books, writer Annie MG Schmidt, joined Westendorp at the unveiling.