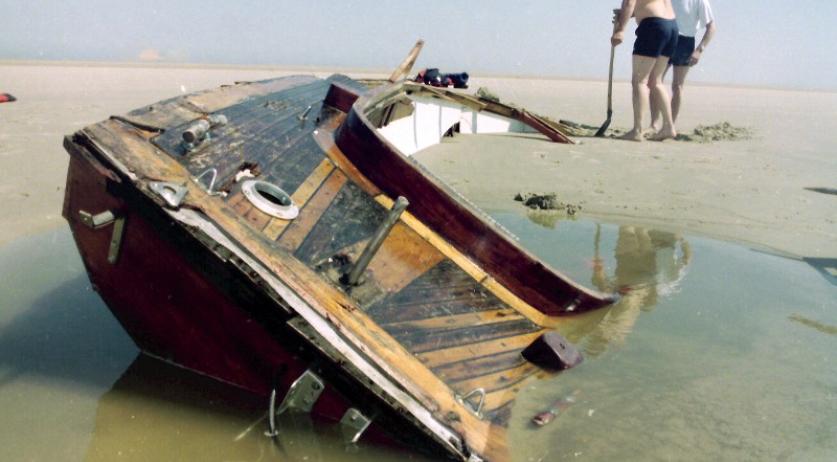 The police managed to identify a man whose body was found on an uninhabited sandbank between Den Helder and Texel on 16 July 1995. After years of investigation, the man was identified as Hans from Sundsvall in Sweden. His two, now grown, daughters are very relieved, the police said.

"All these years they have lived in uncertainty about what happened to their father, why he stopped contacting them," said police officer John Wlezenbagh, who has been working on this case for six years.

The police did everything the could to identify the man after his body and boat were found. There were no matching missing person reports, and investigation into the origin of the boat, the adjusted sail, the man's clothing, the watch he was wearing, the fire extinguishers on the boat, the stove, and even the copper nails with which the wooden keel was mounted on the boat, all led to nothing. Over the years, over 1000 tips were followed to no avail. The man was eventually buried anonymously in a cemetery in Den Helder.

In the summer of this year, the Noord-Holland police decided to contact the Swedish media, as the man's watch was specifically intended for the Swedish market, and the pants he was wearing was of Swedish origin. Over 50 Swedish newspapers spread the man's description and circumstances of his death. The case was also discussed on Swedish detection program Efterlyst.

A woman thought she recognized her uncle in the deceased man's story. She emailed the Dutch investigators, arranging contact with the man's daughters. A DNA comparison confirmed his identity.

Due to the coronavirus pandemic, the man's daughters can't immediately come to the Netherlands. They plan to do so in the spring, and take their father home with them, the police said.

The police's cold case team called on family members of a missing person to consider giving a DNA sample that can be compared with the database for missing and unidentified deceased persons. "We hope that this will lead to a match. Even if it does not immediately result in a match, it may still be the case in the future. Unidentified deceased people are still being excavated throughout the Netherlands for the safeguarding of DNA," said Bianca Lootsma, missing persons specialist at the Noord-Holland police.

This involves unidentified persons buried anonymously up to 100 years ago. "Because there may still be first-degree relatives who still wonder what the fate of their loved one is, or where they are buried. In this way we hope to give clarity to family members and we can name an unidentified deceased person," Lootsma said.