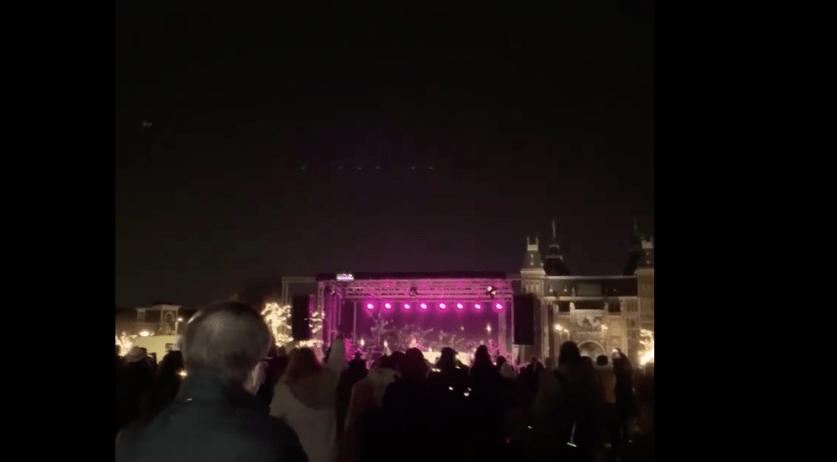 The municipality of Amsterdam prematurely ended a demonstration against coronavirus restrictions on Museumplein on Saturday evening. Officials say that the demonstrators did not adhere to the applicable coronavirus measures.

The demonstration was organized by the Women for Freedom action group, who registered their intentions with the municipality of Amsterdam in advance. An attendance of about a thousand people had been taken into account. The demonstration was to last from 4 p.m. to 7 p.m. but was stopped by the police 40 minutes before its scheduled end.

Measures were set prior to the demonstration. “conditions were set for the organization, which related to, among other things, compliance with the corona measures,” says a spokesperson. However, these were hardly followed.

According to a spokesperson, the police and the organization have called several times to keep a 1.5 meters distance, but those present did not adhere. The demonstration was therefore terminated at 6:20 p.m.

According to the organization, the demonstration did not end prematurely. They did, however, call twice in consultation with the police to enforce social distancing. They also encouraged people to go home after the demonstration, which they said went smoothly.

The Women for Freedom movement disagrees with the one-line approach laid out by the government. The group states on their website that “we believe that everyone should be given the space to have an opposite opinion and to be able to make personal choices.”