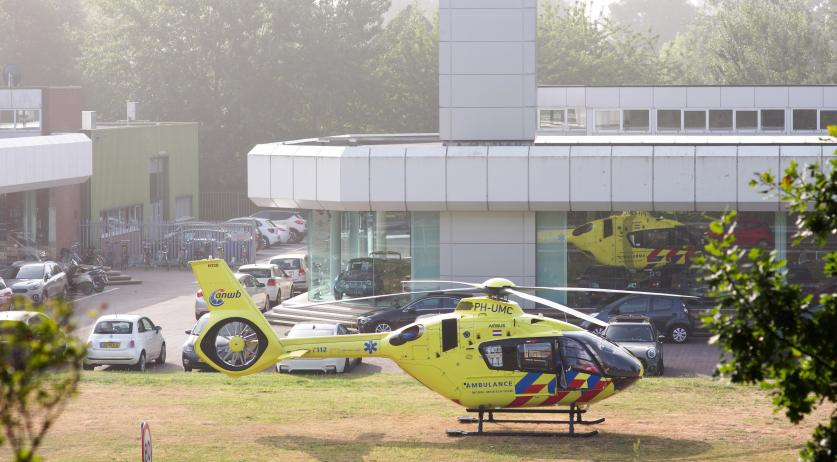 The Netherlands recorded another 9,283 positive coronavirus tests on Thursday, easily surpassing the record set just one day ago by over 500. The data from public health agency RIVM showed a 19 percent increase in new infections compared to a week ago.

While the rate of increase has shown signs of slowing, the rising figures suggest the country has not yet reached its peak in the second wave of coronavirus infections. So far this week, 34,244 have tested positive for the SARS-CoV-2 infection, nearly 17 percent more than a week ago.

The RIVM said that 46 more people also died from Covid-19, raising the total in the Netherlands to 6,919. Some 262,405 people in the country have tested positive for the viral infection since the end of February.

The continued rise in infections has led the Dutch government to add eight more regions to the most severe of its four coronavirus warning levels. Sixteen of the 25 security regions in the Netherlands are at that level, seven are at level 4, and only Zeeland and Limburg-Zuid are at level 2.

Amsterdam (813), Rotterdam (679) and The Hague (446) were again the three cities with the most residents testing positive, the RIVM data showed. Figures in Amsterdam shot up by 62 percent compared to a week earlier, and Rotterdam infections rose by 45 percent. The Hague's new cases jumped by 32 percent.

Dutch hospitals have become so busy that the first patients from the Netherlands were likely to be transferred to a German facility for care as early as Friday, said Ernst Kuipers, the head of the Dutch acute care providers network. It would be the first international patient transfer since May.

At least 238 more people were admitted to hospitals for treatment of Covid-19. Some 56 patients were moved into intensive care during the past 24 hours, patient coordination office LCPS said.

It raised the total number of patients being treated for the disease on Thursday to 2,003. That figure was 31 percent higher than a week ago, and was four times the total reported on September 24.

The hospitalization total has shown an average increase of four percent each of the past seven days. At that rate, there would be over 2,600 Covid-19 patients within a week, and 3,450 within two weeks.

To cope with the problem domestically, the ICU capacity in the Netherlands will increase to 1,350 patient beds next week, Kuipers said at a press conference.

At least 14,240 residents of the Netherlands have been treated in hospitals for the coronavirus disease, including 4,044 who were admitted into an ICU. An estimated 1,029 intensive care patients died from the disease, while 2,274 were treated and released from a hospital.