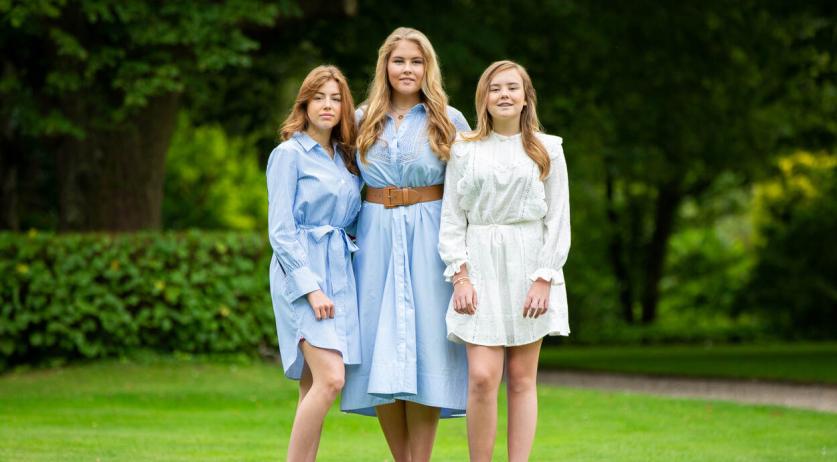 Princesses Amalia and Alexia stayed in Greece for three extra days after their parents and younger sister returned to the Netherlands on Saturday. Prime Minister Mark Rutte was aware of this and called it a "private matter", NOS reports.

King Willem-Alexander, Queen Maxima and their three daughters took the government plane to their vacation home in Greece on Friday to spend the holiday there. This caused outrage in the Netherlands, especially given that Rutte and Health Minister Hugo de Jonge just days before urged Netherlands residents to avoid all unnecessary travel due to the coronavirus, and put the country in a partial lockdown.

Given the commotion, the Royals decided to return to the Netherlands. "We see people's reactions to media reports. They are intense and they affect us," Willem-Alexander said on Saturday. "We don't want to leave any doubts about it: in order to get the Covid-19 virus under control, it is imperative that the guidelines are followed."

As the government plane had already returned to the Netherlands, the Royals had to fly KLM back. Government information service RVD told NOS that the flight on Saturday did not have enough seats for the entire family, both in economy and business class. There were only four tickets available, and they were taken by King Willem-Alexander, Queen Maxima, princess Ariane and a security guard. Amalia (16) and Alexia (15) stayed behind. They landed in the Netherlands on Tuesday evening.

Why the princesses spent three more days in Greece, instead of taking the next available flight, is not clear. Between the Royal couple's departure on Saturday and that of the two elder princesses on Tuesday, there were at least 11 scheduled flights from Athens to Amsterdam, according to NU.nl.

On Sunday, Prime Minister Mark Rutte took responsibility for the blunder that was the Royals' holiday plans in the midst of the second wave of the coronavirus epidemic. He said that he had "made a mistake" and "realized too late" that the trip to Greece was not possible. He did not mention that the princesses had stayed behind.

SP parliamentarian Ronald van Raak told NOS that this was "a stupid provocation that unfortunately only makes the damage worse". D66 parliamentarian Joost Sneller tweeted that the Prime Minister "should have just reported it immediately".