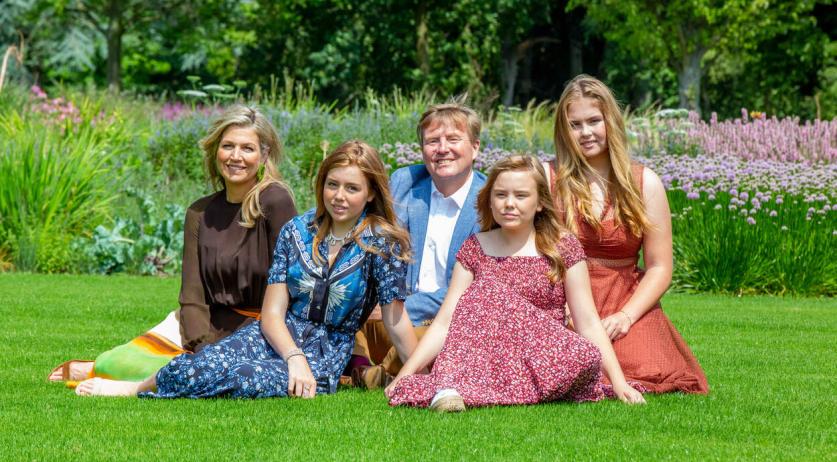 Prime Minister Mark Rutte said the trip did not contravene Dutch rules, but was inappropriate. He said he knew about the trip in advance, he should have done a better job evaluating the situation, and he should have advised the King not to depart on holiday.

KLM 1576, a scheduled nonstop service which departed Athens twenty minutes late at 5:41 p.m. local time, landed at Schiphol Airport at 8:01 p.m., according to the Dutch airport’s website. It would suggest that the Royal Family spent a total time of approximately 24 hours in Greece, and roughly 6.5 hours in the air including their departure and return flights.

Just after 8 p.m., the Dutch flag was seen flying above the Huis ten Bosch palace where the family resides, a symbol which signifies the King is in the Netherlands, reported Nu.nl.

Two days after Prime Minister Mark Rutte and Health Minister Hugo de Jonge pleaded with the Dutch public to remain home as much as possible and to travel only if necessary, King Willem-Alexander, Queen Maxima, and their three daughters used the government’s Boeing 737 on Friday afternoon to fly to Athens and visit their holiday villa west of the Greek capital. They announced they would cut their trip short hours after De Jonge, serving as the Deputy Prime Minister, and the director of the government communication office RVD said they were completely unaware of the family’s vacation plans.

It caused a significant blowback to the family, in particular Willem-Alexander who has spent years using his speeches to promote self-sacrifice and common bonds as core values to the Netherlands community. He was heavily criticized for the vacation by political editors and royalty reporters at news outlets and Members of Parliament alike.

In a statement from the King and Queen, the couple said they were “affected” by the “intense” reactions people had to their vacation. “We do not want to create any uncertainty about it: In order to get the Covid-19 virus under control, it is necessary that the guidelines are followed. The discussion around our holiday does not contribute to that,” Willem-Alexander and Maxima said.

Later, the RVD issued a clarification saying that Rutte did in fact know about the planned trip. At the time Willem-Alexander and his family departed, Rutte was attending the European Council summit in Brussels. In a letter to Parliament on Sunday, Rutte affirmed this, saying that he “realized too late” that trip did not match up with the tightened-up rules in the Netherlands.

“I realized too late, especially after the press conference on the evening of Tuesday October 13, that the intended holiday, which was in line with the regulations, could no longer be reconciled with the increasing infections and the stricter measures. This should have prompted me to reconsider the intended holiday,” he wrote. “I bear full ministerial responsibility for the aforementioned.”

Normally, he said, travel by the Royal Family when they are not performing a function on behalf of the Netherlands is considered private, but by law the public interest must be taken into account, Rutte wrote. The lockdown press conference on Tuesday garnered 7.4 million broadcast television viewers, and was also available on-demand and on live streaming services.

Rutte said he assessed the situation poorly, and that he failed to notify De Jonge of the King’s travel plans.

The RVD refused further comment, according to Nu.nl, calling the issue a private matter. The organization said the Royal Family did follow all coronavirus measures promoted by the government.

On their last trip to Greece the King and Queen were panned for failing to maintain social distancing guidelines when they posed for photos shoulder-to-shoulder with the owner of a restaurant.