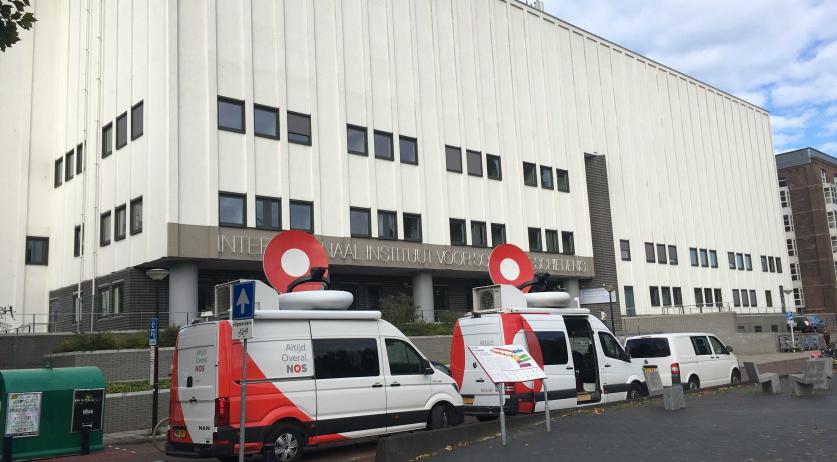 Dutch broadcaster NOS is removing its logo from its TV vans after a series of incidents in which its employees were harassed, verbally assaulted, and had things thrown at them. The broadcaster has also been sending security guards with its reporters to public events for some time.

Almost every day NOS journalists and technicians who are on the road are confronted with rude hand gestures, verbal abuse, garbage being thrown at them, or being cut off by other cars on the road, the broadcaster said. There has been at least one incident of a person urinating against the NOS van.

"And it's not just about what actually happens, but also about the fear that something will happen or will be done to you," NOS Nieuws editor Marcel Gelauff said. "We have sunk so deeply, and the amazing thing is that it all changed quickly in a short time."

The removal of its branding is a "defeat for the NOS, but especially for journalism", Gelauff said. "Journalism is under attack from people and groups who only want to see their own world reflected back to them, try to make every other perspective impossible, and thereby affect the freedom of the press."

Parliamentarians were outraged that things have come this far.

GroenLinks leader Jesse Klaver called on the government to intervene. "It is terrible that journalists are threatened to such an extent that NOS feels compelled to do this," he said to AD. "The increasing polarization is endangering our democracy and the rule of law."

PvdA parliamentarian Attje Kuiken also asked the government tot take measures. "This is really awful! Freedom of the press is like oxygen for a democracy. Criticism is allowed but intimidation, threats and sowing suspicion must end."

"Keep your hands off journalists," D66 leader Rob Jetten said, according to AD. "Journalists control the power on behalf of all of us and sometimes bring us the news every day in difficult circumstances. You should not threaten those people, let them do their work."

"Journalists having to hide to be safe. That is the beginning of the end for a free society," CDA parliamentarian Harry van der Molen said. "Here we draw the line. We must not give in to these tyrants."

Minister Arie Slob for Media called the free press the heart of democracy, responding to questions from GroenLinks. "Hands off our press. Let journalists do their job and let them do it independently." Slob said that he is in consultation with journalist organizations about the threats, and has been for some time. "I take this very seriously." His Ministry will support journalists where necessary to enable them to do their work safely, he said.

Journalists' union NVJ called this step by NOS a sad new low. According to NVJ secretary Thomas Bruning, part of the problem is some political parties dismissing NOS as a "state broadcaster that cannot be trusted". "That feeds this kind of behavior towards journalists.

Earlier this week, Tweede Kamer president Khadija Arib raised concerns about protesters gathering outside the Tweede Kamer daily to harass parliamentarians and journalists. The national coordinator for counterterrorism NCTV also warned that demonstrations against the coronavirus lockdown and farmers' protests are showing an increasingly radical undercurrent.