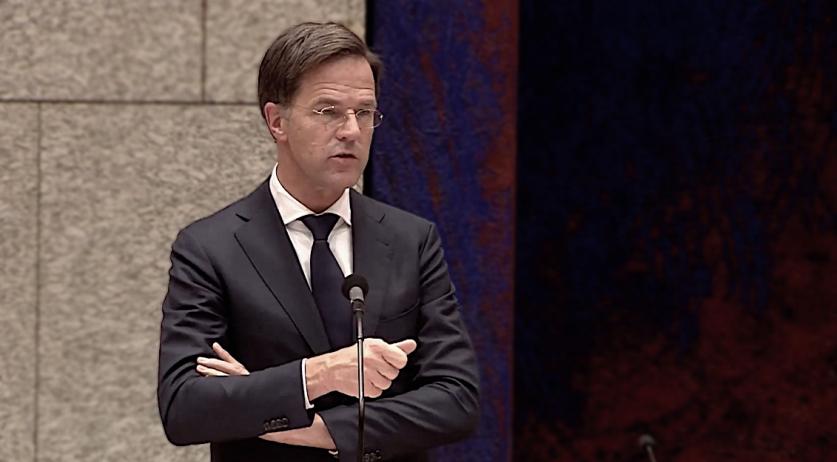 The Netherlands is back in lockdown because the government was too slow to act against the rising coronavirus infections, almost all parties in the Tweede Kamer said during a debate with Prime Minister Mark Rutte and Health Minister Hugo de Jonge about the coronavirus approach. Rutte acknowledged that some mistakes had been made.

SP, PvdA and GroenLinks said that the government policy failed. PVV leader Geert Wilders added that it is "bitter and unacceptable" that the care for cancer patients and heart patients is being postponed for the second tie this year.

Coalition parties were also critical. Looking back, VVD leader Klaas Dijkhoff thinks the government should have implemented harsher measures two weeks ago. D66 leader Rob Jetten blamed the faltering test policy, halted source and contact tracing, and a lack of clarity about measures for the fact that the Netherlands is now in the second wave. He had expected Rutte and De Jonge to be more self-critical about this in the press conference on Tuesday.

Prime Minister Mark Rutte acknowledged that "not everything went well". With hindsight, Rutte also thinks the government should have intervened more firmly when introducing new measures on September 28. He also should have appealed less to personal responsibility. And the government's communication should have been better, he said in the Tweede Kamer, the lower house of Dutch parliament, on Wednesday.

"In the past two months I have not been able to influence behavior sufficiently," Rutte said. He said the government will think about how it sets up and communicates measures better in the future, given the uncertainty that arose about measures and the exceptions that apply to them.

Parliamentarians agreed that people's non-compliance with the coronavirus rules was at responsible for the new revival of the virus, but some parties feel the government must also take part of the blame. "Look at what the government itself is doing. The Minister of Justice does not care about his own measures. Minister De Jonge is not getting the testing policy and the source and contact tracing in order," SP leader Lilian Marijnissen said. And Rutte himself left everything up to the people themselves, she added.

PvdA leader Lodewijk Asscher called Rutte's actions over the past weeks "hesitant and nonchalant". The government failed to achieve its goals, he said. "There is no more sight on the virus. The second wave has arrived. Regular care has been postponed The virus is back in nursing homes." The virus is also flaring up again in other countries, but the Netherlands is currently one of the largest coronavirus hotspots in the world. "This cannot go on like this," Asscher said.

The PvdA leader thinks it is time for the government to discard its current strategy and try something new. The number of hospital admissions should no longer be the deciding factor on when measures need to be taken, he said. "You are always too late." He thinks it would be more sensible to focus on "maximum containment", with harsh measures for a short time, instead of the current freedom-restricting measures that will be in place for weeks.

GroenLinks leader Jesse Klaver thinks that the failing testing policy requires an expansion of the governments coronavirus team. He wants an extra Minister focused fully and only on testing capacity, so that a testing society can be formed in which event- and concert halls, sports clubs, and the catering industry can safely reopen.

These sectors are again being hit hard in this second lockdown. GroenLinks, PvdA, SP and the VVD, among others, therefore called on the the government to pay special attention to these sectors in the economic support packages.

In addition to the testing policy needing to be put in order, the Kamer also stressed that the virus can only be brought under control if people who have it actually quarantine. They called for stricter quarantining advice and enforcement.

Health Minister De Jonge is investigating whether people who have the coronavirus and do not comply with quarantining rules can be fined, he said in a letter to parliament before the debate on Wednesday. He is not eager to impose this fine, but he feels that the possibilities need to be investigated, he said.

"The mandatory imposition of quarantine measures is a last step and acts as the proverbial stick," he said. Research by Berenschot showed that about 10 percent of infected people do not quarantine, and 15 percent of their close contacts do not comply with the coronavirus rules. "This poses a great risk of further spread," the Minister said.