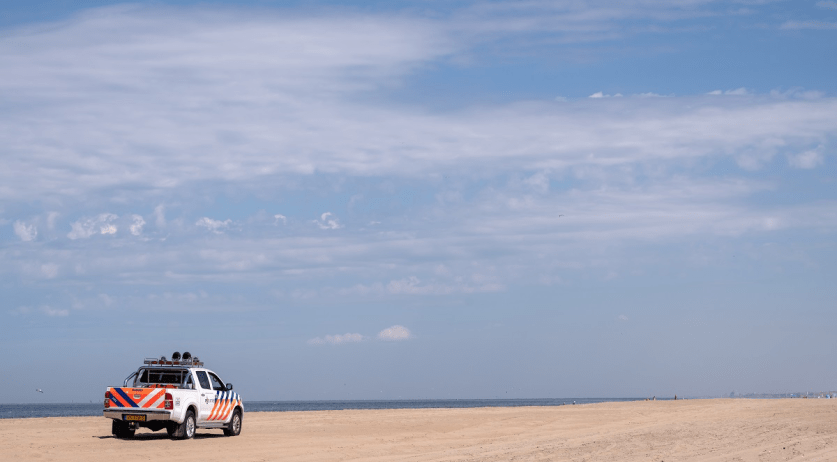 The police had their hands full with 'fortune hunters' on the Kaloostrand in Borssele this weekend, after nearly 300 packets of cocaine washed up on the beach last week. "Certain people from all over the Netherlands came to try their luck on the beach because maybe even more packages will wash up," the Walcheren police said on Facebook.

The police searched 6 people, one of which was arrested for failing to identify themself, and two were fined for being in a prohibited part of the dunes. " Because yes if the police come, you have to hide," the police said.

There were also reports of people searching along the waterline. The police found two men, who "drove a few hundred kilometers to 'get some fresh air'," the police said. When the police searched the men and their car, they found 30 ponypacks containing cocaine. A ponypack is a small folded envelope with a small amount of hard drugs.

One of the men was arrested. "We cannot share reasons known to us about why the other person was not arrested," the police said.

The Borssele beach gained some attention online, especially on Reddit. "That's awful! What beach is it? Like, where exactly?" one Redditor wanted to know. Another added: "Just so I know which ones to avoid." Another was less circumspect about it: "Fuck is it too late to book a flight to dutchland?"

One speculated that "it's god giving back to us". Another thought along the same lines: "So you're telling me there IS a God in heaven answering prayers?!"