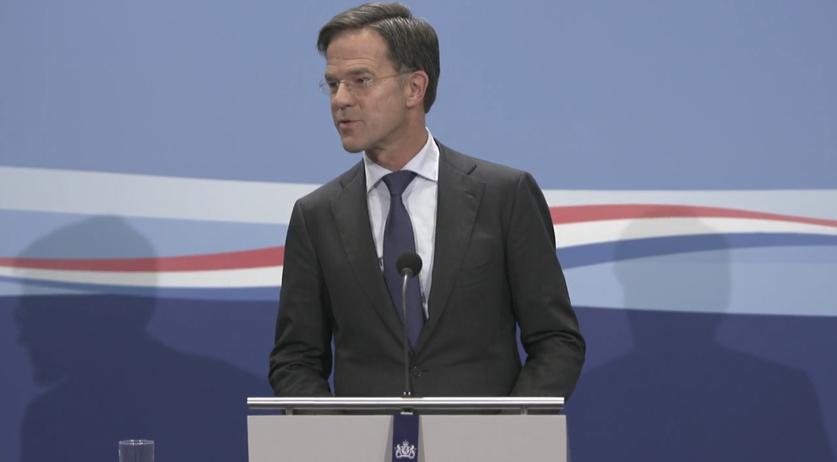 With nearly 6,000 new coronavirus infections reported in the Netherlands on Friday, and with hospitals treating more Covid-19 than at any point since mid-May, Dutch Prime Minister Mark Rutte said there was a very real possibility of additional social restrictions being introduced next week. "If it doesn't improve in the next few days, then we won't escape it. The next 72 hours are important," he said at the press conference following the weekly meeting of Cabinet ministers.

While he would not disclose details about any potential social restrictions, he did say the Netherlands will at least release to the public a reference to give an idea of what measures could be possible during the second wave of infections. "Regardless of what we should or should not do next week, we will at least come up with a road map with a plan for future measures like they use in Ireland."

When asked to respond to the Netherlands seeing rising infections as bad as France and Spain, and worse than the U.S., he said, "It's bad. It counts as another warning to us. It is the sum total of us disobeying the basic rules."

He said that the goal of the recently introduced measures, like the early closure of bars and restaurants and limitations on group sizes, was to limit the number of in-person contacts people have. "It is still too early to determine whether these measures are achieving that result," he said on Friday. He added that it was "incredibly stupid" how some people tried to get around the rules and gather together in larger than allowed group sizes.

At the time the measures were unveiled on September 28, and implemented a day later, Rutte said it could take up to two weeks to determine if they have had an impact. Since then, the number of Covid-19 hospitalizations jumped up by 73 percent, while new infections of the SARS-CoV-2 coronavirus have soared.

The Prime Minister said he was especially concerned that people with health ailments unrelated to Covid-19 could again face delays in treatment, describing the hospitals as being under "dire" circumstances.

Rutte did say everything from catering industry shutdowns to theater stoppages and the elimination of sporting events were all on the table. "I don't know yet whether it will have to be so rude. But I want people to comply with the measures," he said.

He also said, "You can simply go to the cafe this weekend, but do it wisely."