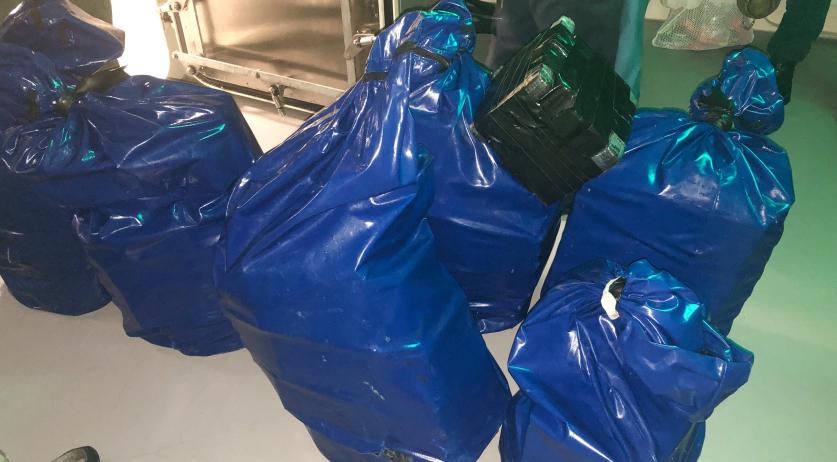 Dutch Navy makes two large drug busts in the Caribbean; Up to €105m in cocaine

On Monday, the Dutch crew deployed its Fast Raiding Interception Special Forces Crafts (FRISCs) while working with the British Royal Navy to stop a suspicious go-fast speedboat. Several bales were found floating near the suspect boat.

The bales included 1,720 kilograms of cocaine, and 29 kilograms of crystal meth. It was not revealed if any arrests were made. The Dutch street value of the cocaine was estimated at between 75 and 105 million euros, according to addiction research center Jellinek.

Two days earlier, three suspects were taken into custody over a similar incident. "The suspected smugglers dumped the cargo from their go-fast when they saw an on-board helicopter from the British naval vessel RFA Argus," the Dutch Defense Ministry said.

They took off at high speed, but were overtaken by the Groningen's FRISCs. "No drugs were found on board other than the cargo fished from the sea. The three suspects have been handed over to the US Coast Guard."

Some 284 kilograms of drugs were found floating in the water on Saturday, but the content of the packages was not revealed. It was possible more drugs were involved, but that they sunk before the Dutch or British crews could recover the packages.