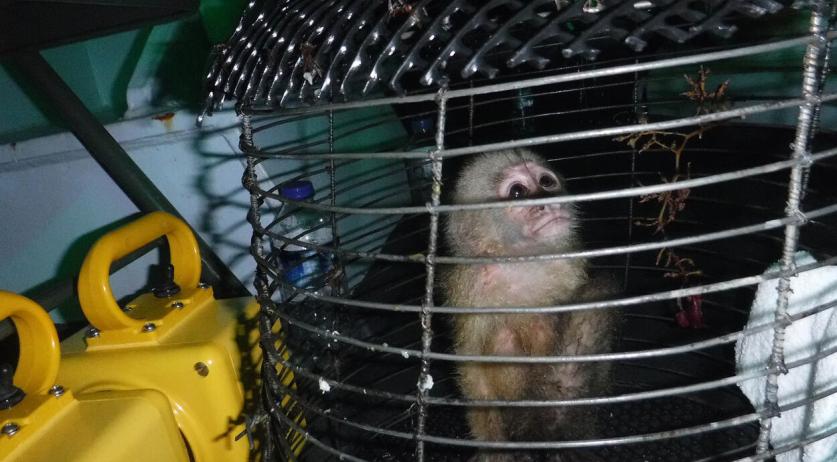 Dutch naval vessel Zr.MS Groningen intercepted a speedboat near Aruba with 445 kilograms of cocaine, two firearms, and a Capuchin monkey on board. The three people on board the so-called go-fast were transferred to an American coast guard ship, the Ministry of Defense said.

A coast guard patrol plane spotted the go-fast on a well known smuggling route in the Caribbean on Tuesday. The Groningen was called in, which deployed her two speedboats to stop the go-fast.

As the go-fast was taking on water, the Groningen crew decided to take the suspects on board for safety regions. They, with the cocaine and weapons, were transferred to the US coastguard ship Isaac Mayo.

The monkey was taken to a center for exotic animals in Aruba. "The animal is doing well under the circumstances," the Ministry said.