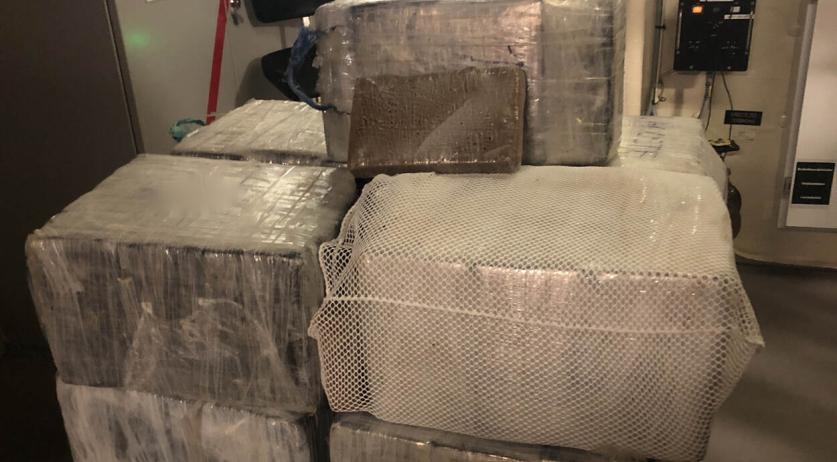 Dutch naval vessel Zr. Ms. Groningen intercepted a large cocaine shipment for the second time this week while deployed in the Caribbean Sea. The patrol was able to stop a speedboat which was carrying an estimated 465 kilograms of cocaine.

The street value of the find was estimated at between 21 and 28 million euros, according to drug addiction research center Jellinek. One of the Dutch Coast Guard's Dash-8 patrol planes, discovered the transport. They warned the patrol ship, which deployed two rapid-intercept speedboats to catch the smugglers.

Last week, the Dutch crew confiscated 445 kilograms of cocaine following a search which also led to the discovery of a small monkey. The primate was brought to an exotic animal shelter in Aruba.

Zr. Ms. Groningen has been sailing as a station ship in the Caribbean since June 2020. The ship is being used for counter-drug operations, and as support for the Dutch Coast Guard operating in the Caribbean.