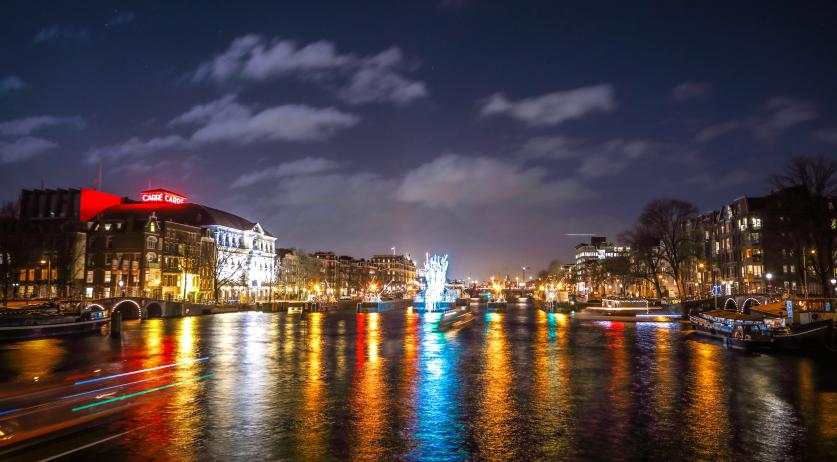 The Amsterdam-Amstelland Security Region revealed that ten institutions were granted a temporary waiver to the new restrictions on attendance due to the spreading coronavirus. They include the Carré Theater, Concertgebouw, DeLaMar, ITA, De Kleine Komedie, De Meervaart, De Melkweg, Muziegebouw aan 't IJ, Nationale Opera and Ballet, and the Paradiso concert venue, which will be allowed to host up to 250 guests at a time instead of the national limit of 30.

"The list offers residents of the region with different preferences and backgrounds the possibility - even in times of crisis - to continue to take part in a relatively wide cultural offering," the regional authority said.

They will be allowed the larger attendance figures on the condition that all other existing guidelines from the RIVM be met, such as maintaining a safe social distance. The national government when setting out a new set of restrictions earlier in the week gave permission to regional security offices to amend the policy on a case-by-case basis.

The office said it chose to focus primarily on concert halls and theaters which are significant either locally, nationally or internationally, play a vital role in the cultural sector, and can safely handle at least 100 visitors at 1.5 meters distance.

Amsterdam Mayor Femke Halsema said hours before the Wednesday decision was released that only a handful of cultural institutions in Amsterdam could be granted limited exemptions. Halsema also serves as the head of the Amsterdam-Amstelland Security Region.

"I have already called the first set of cultural institutions," she said on Wednesday, ANP reports. "We are going to look for what exceptions we can make, but only on a limited scale."

A group of 42 cultural institutions in the city called on the local government to invest heavily in culture in the coming years, to prevent them having to cut hundreds of jobs. They said that the 30 person limit on visitors is a major blow for many theaters, cinemas, museums and other cultural institutions. Halsema said she understands this and is in contact with them.

The 42 cultural institutions in the city, who received a positive advice from the Amsterdam Fund for the Arts, but won't receive subsidy for the time being, called on the city to invest in the arts. If they do not receive extra funding they will end up shedding hundreds of jobs, AT5 reports.

"We will lose between 300 and 500 [full-time equivalent employees] if the Amsterdam subsidy is not provided. These are considerable costs for the municipality and a great loss for employment," the group said. "Art and culture have long proven that it makes a city more valuable on a social and economic level. This investment pays for itself in the long term."

"The board is aware of the financial problems and the threat of dismissal for staff. That is why the region is in talks with the cabinet about financial compensation in addition to the existing schemes for the cultural sector, the business community, self-employed entrepreneurs and sports clubs." the Amsterdam-Amstelland Security Region said in a statement.

The cultural institutions in this group include museum Het Schip, Het Vondelpark Openluchttheater and the Amsterdamse Bostheater.