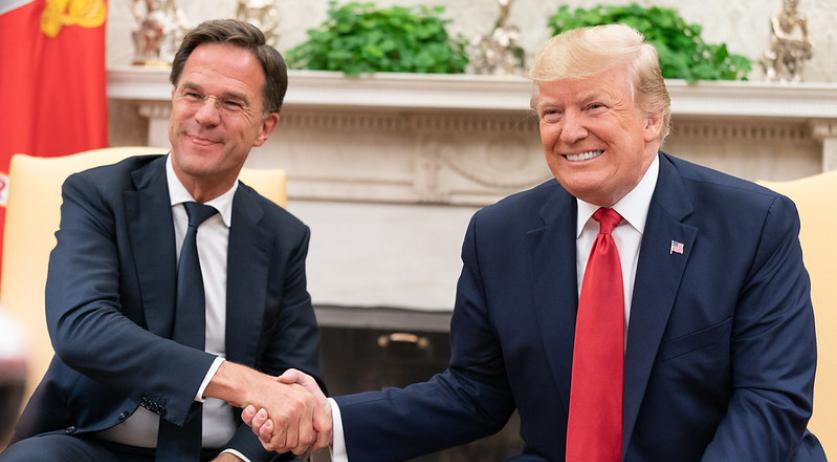 After 70 years of the Netherlands and United States being "loyal allies", the majority of Dutch now seem to want more neutrality when it comes to America, according to a large survey among 23 thousand Netherlands residents on behalf of the Clingendael Institute. The Dutch public now sees the US as almost as great a threat as China and Russia, the Volkskrant reports.

With Netherlands residents wanting more distance from the United States under president Donald Trump, more Dutch think European cooperation is a good idea. 72 percent of respondents said that the Netherlands should cooperate more with Germany and France "now that the British are leaving the EU and now that President Trump has turned the US into an unreliable ally". Over half of respondents agreed that the Netherlands should share military tasks with neighboring countries.

According to the researchers, the results of the survey seem to show support for the European Union's course of "promoting multilateralism and pursing a third path". There are two camps in the EU, those who support Europe and those who support national interest firsts. In the Netherlands, the latter "sovereignists" camp mainly consists of voters for far-right parties PVV and FvD, and far-right Christian party SGP. But even among these groups, more people are for more cooperation with France and Germany than against.