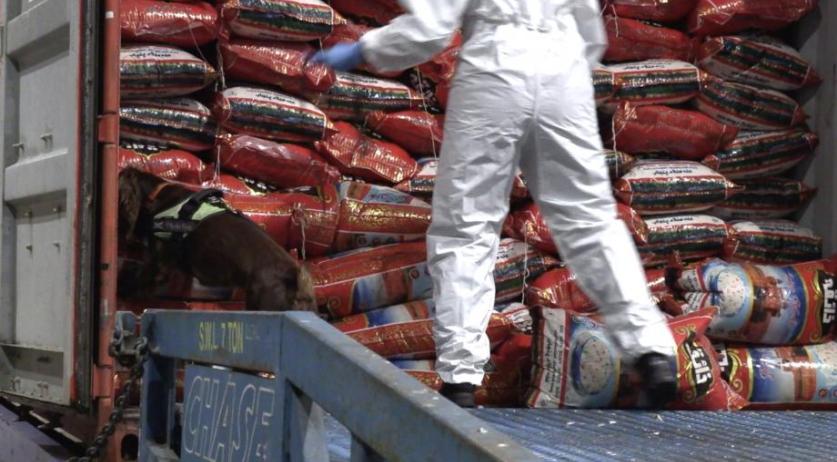 Dutch, Belgian and British police officers teamed up to bust a drug smuggling operation that resulted in one of the largest heroin busts in UK history. A total of 1,196 kilograms of heroin and morphine derivatives were found hidden in bags of rice, according the the UK’s National Crime Agency (NCA).

The NCA said the drugs had a wholesale value of 21 million pounds, or about 23 million euros, and a street value six times higher. Several people were arrested in the case including three in the Netherlands.

The bags of rice containing the drugs were in a sea container on the Sembawang, a large ship which docked in Felixstowe, England. The NCA said it knew about the drugs in advance, had the container offloaded, and searched it during the early morning hours of Sunday, 13 September.

The drugs were removed and the container was placed back on the ship, which then set sail for Antwerp, Belgium, where it arrived two days later. The container was then driven by truck to a warehouse south of The Hague in Honselersdijk, while Dutch and Belgian authorities kept it under surveillance, the NCA said.

A massive haul of potentially deadly Class A drugs has been stopped from hitting UK streets after an international operation led by the NCA.

Police arrested two men, 48 and 60, from The Hague as they were caught unloading clean bags of rice which had been put in the container instead of the concealed heroin. The 38-year-old driver of the truck was later arrested at his home in Bleiswijk, Dutch police said. All three were taken into custody on Wednesday morning, and were remanded into custody for two weeks on Friday.

“As they were arrested a man, aged 45 – suspected to be a UK facilitator in the organised crime group – was arrested on the M40 by Thames Valley Police assisting the NCA. He has been released on bail,” the NCA said.

Dutch officials said, “It was the second largest heroin seizure in Britain ever.” The case is still under investigation. 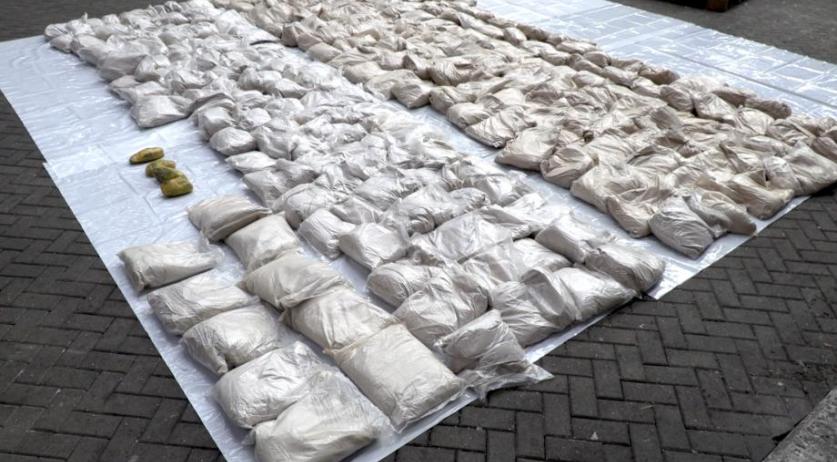