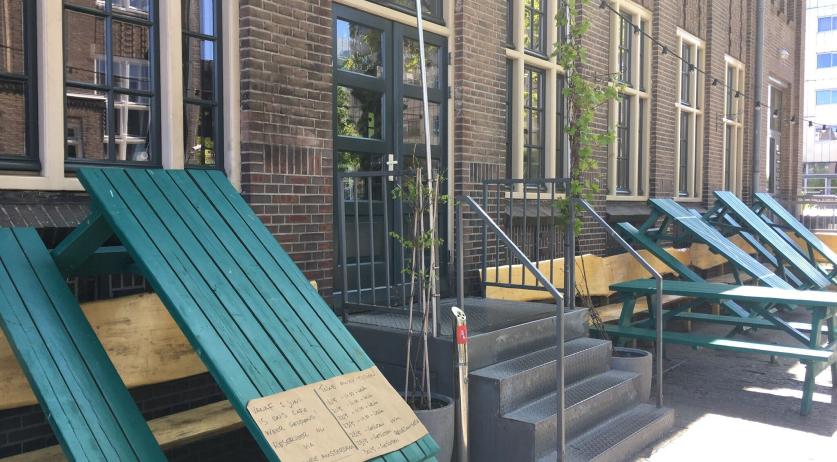 Cafes, bars and restaurants in the Randstad region of the Netherlands will only be allowed to host 50 people at a time, down from 100. The new rule could go into effect as soon as Friday in six of the country's 25 security regions, including Amsterdam-Amstelland, Rotterdam-Rijmmond, and Utrecht.

The other regions include Haaglanden, which surrounds The Hague, Hollands Midden, where Leiden is the largest city, and Kennemerland, which includes Haarlem, government sources told broadcasters NOS and RTL Nieuws, and website Nu.nl. The reduced capacity is meant to slow the upswing in new SARS-CoV-2 coronavirus infections.

Additionally, bars normally open past 1 a.m. will be told to begin closing up at midnight by locking out new visitors, and encouraging customers to finish their drinks. By 1 a.m., bars will be expected to be empty.

Those in charge of the six security regions met with representatives of the Cabinet on Thursday to discuss the rising number of infections in the Netherlands, which has disproportionately affected those regions. Together, the six regions form the Randstad, where two-thirds of this week's new infections have occurred.

More details about the rules were expected to trickle out throughout Friday, leading up to a 7 p.m. press conference with Prime Minister Mark Rutte and Health Minister Hugo de Jonge. The two previously warned of the possibility of localized restrictions targeting specific sectors, particularly in Amsterdam, Rotterdam and The Hague.

The Netherlands has set a new record for most positive coronavirus tests for three consecutive days, raising the week's total up to nearly six thousand. More people have tested positive this week than during the entire month of July. The increase in infections led to Belgium and Germany adding Noord-Holland and Zuid-Holland to their list of no-go areas on Wednesday, and Denmark tightened its own restrictions on the Netherlands a day later.

Earlier on Thursday, Dutch hospitality association KHN said it was unfair to blame bars and restaurants for the dramatic increases in coronavirus infections. The KHN said rules impacting the industry were counter-productive and lack "adequate scientific basis." Rober Willemsen of the trade group said, "Such a decision means an extra financial setback for a sector that is already looking into the abyss."