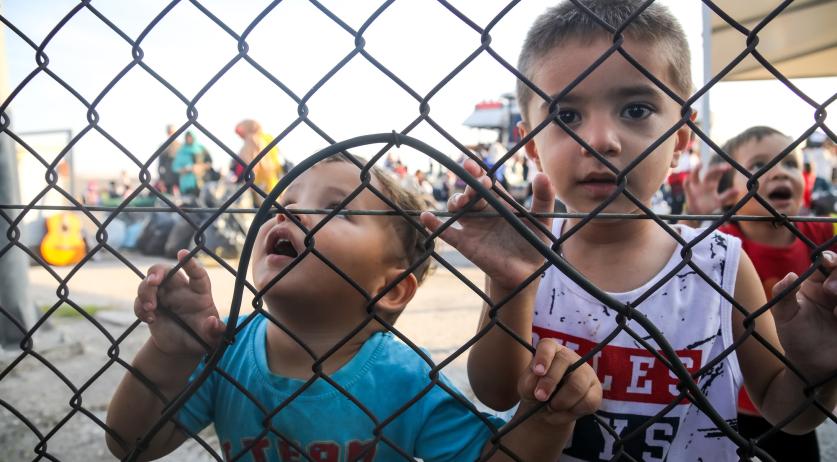 The left-wing opposition parties called on the government to take in at least 500 unaccompanied refugee children in from Greece as soon as possible. The PvdA filed this motion following a massive fire in the Moria refugee camp on the Greek island of Lesbos on Wednesday, which left the around 13 thousand asylum seekers who lived there with nowhere to go.

The labor party filed the motion on Wednesday in the parliamentary debate on the European summit in July, ANP reports. It got support from GroenLinks, SP, animal party PvdD, and party for the elderly 50Plus.

State Secretary Ankie Broekers-Knol of Justice and Security already said on Wednesday that the Netherlands would not take in any people from camp Moria. "The Netherlands has always taken the position that we do not take over people," she said, according to the news wire. But the government promised 1 million euros in emergency aid to Greece.

Prime Minister Mark Rutte said that he finds the situation on Lesbos "terrible" and that he is pleased that the cabinet could so quickly release money for aid. The Netherlands is paying for a reception center on the Greek mainland, where orphaned or unaccompanied child asylum seekers can stay instead of the overcrowded refugee camps on the Greek islands. The first location is expected to be ready by the end of this month. "We are going to see if we can do something with this," Rutte said, though he would not elaborate.

The Tweede Kamer, the lower house of Dutch parliament, will be debating the situation on Lesbos with Broekers-Knol on Thursday.

This is not the first call for the Netherlands to take in orphans from the overcrowded Greek camps. So far this year, WWII survivors, churches, municipalities, and even coalition party factions have called on the government to help these kids.