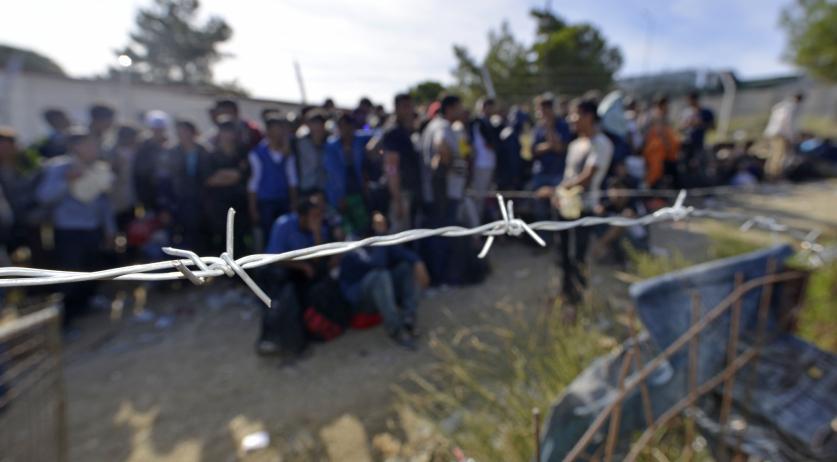 Refugee camp Moria on the Greek island of Lesbos was almost completely destroyed by a fire during the early hours of Wednesday morning. The around 13 thousand asylum seekers living in the camp were evacuated. Left-wing opposition parties GroenLinks and PvdA called the fire a nightmare and called on the Dutch government to help.

Local firefighters reported that no one was injured in the fire, though a number of people did have respiratory problems from breathing smoke. Enormous parts of the camp burned down completely, aid worker Karin Arendsen of foundation Bootvluchteling said to AD.

The fire caused a great deal of panic. Hundreds of asylum seekers tried to flee to the port of Mytilene, but were stopped by the local police. Large numbers of residents fled into a neighboring olive grove. It is unclear what will happen to them now that they can't return to the camp, at least for the time being. "We are closely monitoring the situation and seeing what we can do to provide assistance as soon as possible," Arendsen said.

The overcrowded refugee camp has been in quarantine since Thursday, when the first resident tested positive for the coronavirus, AD reports. Since then 35 Covid-19 cases were diagnosed in the camp. According to Arendsen, there has been unrest in the camp since they went into quarantine. "There is no medical plan from the Greek government to follow up and prevent panic," she said to the newspaper. "The information from the Greek government is also bad."

Dutch parliamentarians responded shocked to news of the fire. "What an incredible nightmare," GroenLinks leader Jesse Klaver said on Twitter. "Fire in the overcrowded Moria refugee camp where tens of thousands of refugees are locked up because of corona. We can and must help these people and provide safety. It can't wait any longer."

"How awful and terrifying. What had been warned about for so long now became reality," PvdA parliamentarian Attje Kuiken tweeted. "Fire, corona, chaos. The Netherlands can no longer look away, but must take responsibility."

Absolute destruction at #Moria camp visible with the first ray of light this morning. Approx 12,000 people will have nowhere to sleep tonight, not even the frail tents they used to call home.
Video by @moutafis77 #greece #lesvos #lesbos #migrants #refugeesgr pic.twitter.com/9XUkS1cSk2

#Moria now. looks like total wasteland . Photos sent to me by resident Raid. Thoughts among officials of housing ppl on open areas far away from inhabited areas as temp measure . That’s a crisis of gigantic proportions on all levels - political , humanitarian . EU must wake up pic.twitter.com/yKD6aj5q05