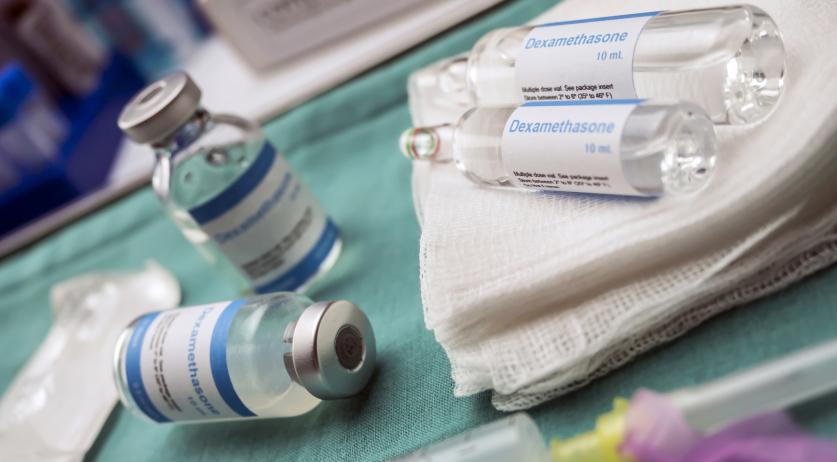 A name brand version of a cheap and widely available anti-inflammatory steroid will be assessed by the European Medicines Agency (EMA) to determine if it can be recommended as a treatment option for adult patients suffering from Covid-19. The EMA said on Wednesday it would evaluate the drug, Dexamethasone Taw, using an accelerated procedure which will take 150 days instead of 210.

Its use was also being researched by the Dutch Medicines Evaluation Board, according to AD, which previously evaluated remdesivir, an anti-viral intravenous drug originally developed to treat symptoms from an Ebola virus infection.

The application was filed by Taw Pharma in the United Kingdom following Oxford University research which showed that use of generic dexamethasone reduced the chance of death by about 30 percent among Covid-19 patients requiring a ventilator, according to the EMA. Those requiring oxygen, but not a ventilator, had a 20 percent improved survival rate when using the drug. Over 5,400 patients were involved in the study, which was published in the journal Recovery.

Dexamethasone was also used experimentally at the UMC Utrecht, and that it was becoming more common in treatment of the coronavirus disease. "In the research group that we are a part of we had decided on Wednesday evening to stop with other steroid treatments," microbiologist Dr. Marc Bonten told NL Times in June. Of patients on the drug, he said, “It helps to suppress their immunity. We think that a large number of patients were getting sicker because of their own immune response."

"When people take that, they are less likely to end up in ICU, and they need less oxygen in the regular hospital ward," said Diederik Gommers of the Dutch intensive care association NVIC. "With us, the medicine is already standard in the treatment protocol. You could even start with it if people are still at home, if the blood test shows that they can benefit from it," he told newspaper AD in July.

"Before receiving this application, the [Committee for Medicinal Products for Human Use] had started reviewing the results of the Recovery trial in order to provide an opinion on the use of dexamethasone medicines for COVID-19," the EMA said. "The outcome of this review will be considered in the evaluation of Dexamethasone Taw."

If approved, the EMA would also look to fast-track authorization to use the branded version of the drug with the European Commission. Dexamethasone Taw would be sold as an injectable medicine. Other dexamethasone products are sold as tablets and in liquids meant to be administered intravenously.