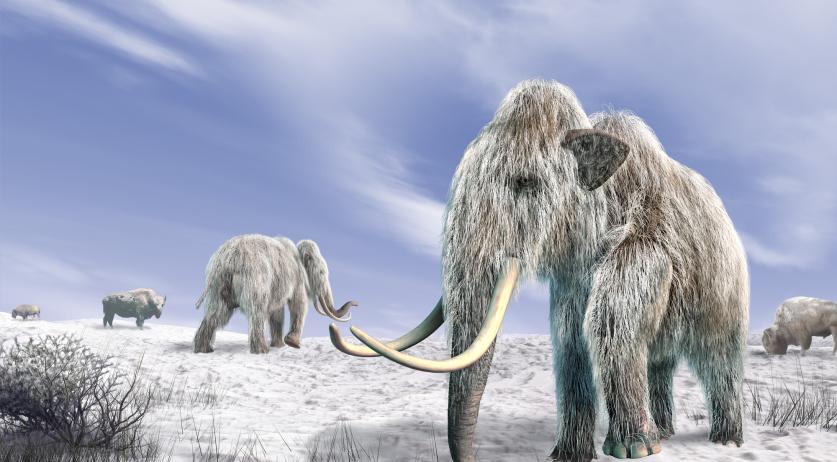 Bones of a number of prehistoric animals were found during the construction fo the Nieuwe Sluis near Terneuzen, a sea lock intended to allow larger seagoing vessels to sail from the Westerschelde to the port of Ghent. The discovery included bones from a mammoth, bones from a woolly rhinoceros, and the 7-million-year-old inner ear of an extinct whale, Omroep Zeeland reports.

The bones were discovered at the end of June. Researchers have now identified them. "We recovered parts of the pelvis of a mammoth," curator Hester Loeff of the Royal Zeeland Society of Sciences said to the broadcaster. "It shows that the animal was 'gnawed' by a hyena after its death. You can see a dental impression in the bone, which is pretty cool." They also found a molar of a younger mammoth and two tusks. These fossils are about 30 thousand years old.

The other bones mainly involve vertebrae from extinct whale species - animals that lived around Tereuzen more than seven million years ago. According to Mark Bosselaers of the Royal Belgian Institute of Natural Sciences, the discovery of the inner ear is particularly exciting. "You don't see an inner ear of an extinct fin whale often. Just like humans, these fish had all kinds of parts in the ear. With us it is mainly cartilage, with this fish it is bone," he said to the broadcaster.