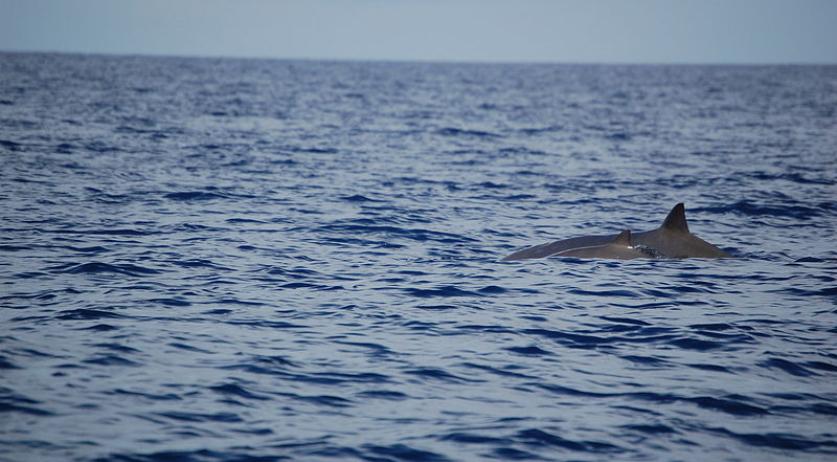 Two bottlenose whales, part of the family of cetaceans called "beaked whales", were spotted in the Oosterschelde on Friday, SOS Dolfijn said on Sunday night. This rare sighting is worrying, according to the rescue organization for whales and dolphins, as dozens of whales from this family have stranded over the past weeks.

This is extremely exceptional as these animals naturally occur in the deep waters of the north Atlantic Ocean. They hunt at depths where sunlight does not penetrate, using advanced natural sonar to find their way.

According to SOS Dolfijn, this natural sonar also makes beaked whales very sensitive to noise disturbances, caused by things like underwater earthquake. "Recent research has proven that sonar systems used by the navy can also seriously disrupt the natural behavior of these animals."

"As long as there are no research results, it remains of course guesswork as to the cause of this mass stranding," SOS Dolfijn said. But it added that the stranding may have to do with the British navy escorting nine Russian naval ships out of English waters on August 19, in a combined operation with the Canadian navy and various European countries. These ships were in the area because of a NATO anti-submarine exercise off the coast of Iceland last month.

"It is quite possible that the now stranded animals are also a direct result of such an exercise," SOS Dolfijn said. "The beaked whales we are finding now may be just the tip of the iceberg as only a small number of the animals may reach our shallow shores."