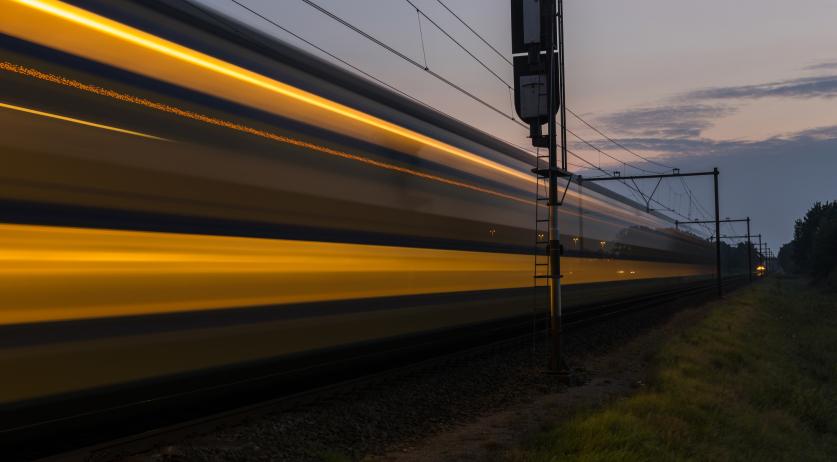 Dutch rail company NS and its Swiss counterpart SBB are investigating whether the night train from Amsterdam to Zurich can make a comeback, a spokesperson for the Dutch rail company confirmed to NU.nl after reports in local media.

A night connection between Amsterdam and Zurich is not new. The Deutsche Bahn ran a City Night Line between the two cities until December 2016, when the service was canceled because it was loss-making.

After a period of night train connections disappearing, overnight train travel seems to be gaining popularity again. The train is often mentioned as a more sustainable alternative to short-haul flights. Airlines like TUI have started scrapping some shorter flights in order to lower their emissions. According to Greenpeace, nearly 40 percent of passengers traveling through Schiphol fly distances shorter than 750 kilometers.

From December it will be possible to take a night train from Amsterdam to Vienna. Amsterdam, Hamburg, Copenhagen, Stockholm and Helsinki are also looking into running a night train between these cities. A night train is also expected to launch in two years that would connect Malmo and Brussels.

The expansion of night train services connecting Sweden to the rest of Europe as an alternative to flying has been pushed as a left-wing political objective there for years. Soon after the unveiling of the Malmo-Brussels route, Swedish MEP Jakop Dalunde of the Greens party there told Euronews, "This is something we've been pushing for, for a long time."

Minister Cora van Nieuwenhuizen of Infrastructure in June said that the Netherlands is talking to Sweden about being involved in this expansion of night train services. "The Swedes are now determining what their next step will be. But of course we're also keeping in touch about that, because we don't want to accidentally miss the boat," she said in a committee meeting on June 25. " Again, it all has to be weighed and compared, but we will at least keep in touch with the Swedes about this."

For now, she said the primary focus at the moment for Dutch rail's international aspirations is mainly on improving the connections between the Netherlands and Berlin, Brussels, Dusseldorf, Frankfurt, London and Paris, including an overnight connection from Eindhoven to Dusseldorf, and options which could connect Zwolle to Brussels, Paris and London. It becomes an argument about the most impact which can be provided based on the resources available.

"That is why we are first focusing on improving the connection to the six most promising destinations. We'll benefit most from that, if, after all, we have to make a choice."