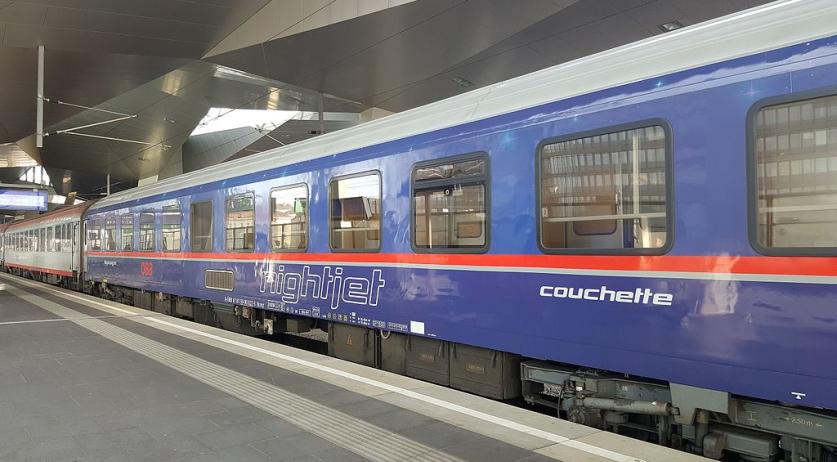 Dutch rail company NS and its Austrian counterpart OBB are working on an overnight train connection between Vienna and Amsterdam. OBB aims to run its 'Nightjet' trains between the two cities three times per week from 2021, the Telegraaf reports.

The train would be an extension of the OBB's current Nightjet passenger route between Vienna and Düsseldorf. The firm is also expected to announce service to Brussels.

A spokesperson for NS confirmed the plans to the newspaper. "We are also talking to the Ministries in the Netherlands and Austria to get started as quickly as possible, but it is not a done deal yet." According to the spokesperson, this will be the start of a more extensive night-train network aimed at tourists and business travelers. This overnight train service combined with high-speed trains during the day are intended to take over some parts of the air traffic network across Europe.

Travelers' association Rover is enthusiastic about the return of what they say is a more sustainable alternative to air travel returning to the Netherlands. "For the tourist it is more relaxed and cozier than flying, with couchette, bar and dining car, while also saving a hotel stay", director Freek Bos said to the newspaper. "The same applies to the business traveler: they arrive rested because they do not have to get up before dawn to catch a flight and can sleep in a bed during the train journey. No time is lost."

OBB already operates numerous night-time routes, including to Germany, Italy and Switzerland. A route to Brussels is also in the plans. The Austrian rail company also announced that from 2022 the Nightjet will be further improved with a new design, WiFi, charging points and more choices in couchettes, their train cars with sleeping berths. These new designs will include family cars, and suites with their own shower and toilet.