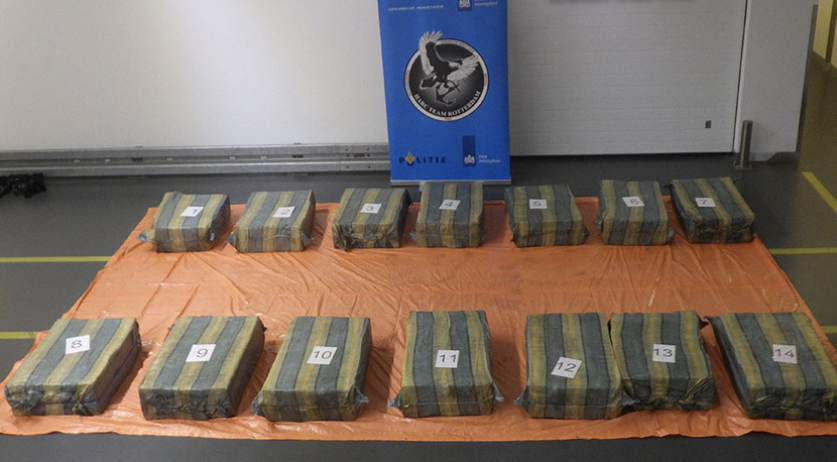 The authorities at the port of Rotterdam discovered a total of 2,100 kilograms of cocaine hidden in two fruit shipments from Ecuador and Costa Rica over the weekend. The drugs had a total street value of over 157 million euros, the Public Prosecution Service said.

The first batch of 1,100 kilograms of cocaine, worth over 82 million euros, was discovered on Sunday, in a container of bananas from Ecuador that arrived at the port of Rotterdam from Antwerp on Saturday. The container was destined for a company in The Hague. This is the sixth time this year that cocaine was found hidden in a banana shipment from Ecuador.

The second intercepted drug shipment, 1,000 kilograms of cocaine worth 75 million euros, was discovered on Monday. This pineapple shipment came to Rotterdam from Costa Rica, via Antwerp. It arrived at the Rotterdam port on Saturday. The container was destined for a company in Barendrecht.

In both cases, the Public Prosecution Service believes it unlikely that the companies set to receive the fruit had anything to do with the drug trafficking. The drugs were destroyed and the authorities are investigating. 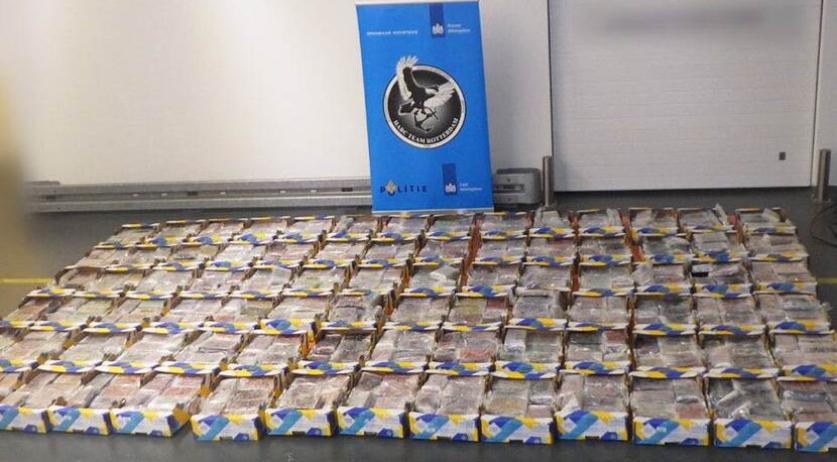 1,000 kilos of cocaine found at the port of Rotterdam in a pineapple shipment from Costa Rica, 17 August 2020 Openbaar Ministerie Rotterdam OM