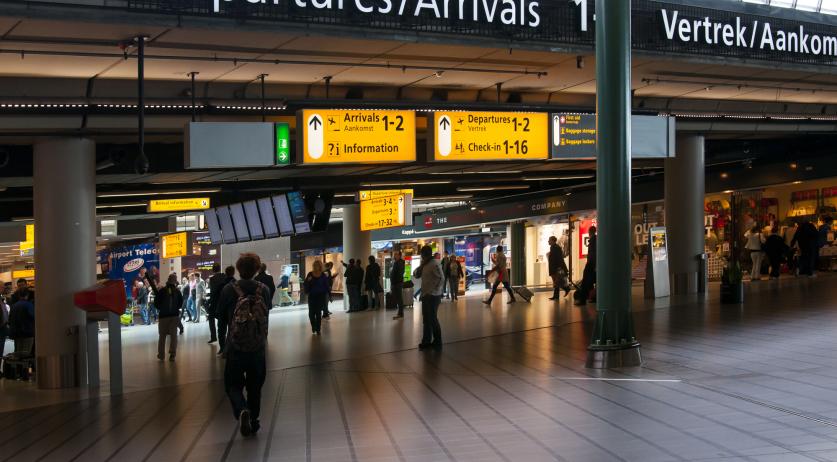 Covid-19 testing at Schiphol from today

From today, travelers returning from coronavirus hotspots can get tested for an infection of the SARS-CoV-2 virus at Schiphol Airport. Testing is not mandatory, but up to five thousand travelers per day can get tested even if they do not yet have any symptoms of respiratory disease Covid-19.

"We want to see how many people from abroad come to the Netherlands who are ill, but who have no symptoms," said Saskia van Egmond of the GGD Kennemerland, the municipal health service whose territory includes Schiphol. She stressed to a reporter from newswire ANP that anyone returning from a code orange or red country is supposed to enter home quarantine regardless of if they get tested.

The government announced its intention to open a testing location at the airport last week. Testing is meant for travelers coming from countries for which a code orange or code red travel advice applies. This means that unnecessary or all trips to that region are strongly discouraged.

Travelers arriving from a code orange or code red country will be met by people who will direct them to the testing location. The countries on the Dutch watch list have changed frequently and often with short notice, with new restrictive travel advice most recently given for Malta and Morocco.

On the first day of testing, just three flights were to be greeted by coronavirus test takers. Those flights were arriving in Amsterdam from Aruba, Mexico and New York, and were expected to transport a few hundred people in total. Personnel from two different branches of the Dutch military assisted with the project, including medical teams from the Army and officers from the Marechaussee.

The number of Netherlands residents who tested positive for Covid-19 after returning from vacation nearly doubled in the past week, Jaap van Dissel, director of infectious disease control at public health institute RIVM, said in a briefing to parliament on Tuesday. "Last week it was 208 reports, now 408 people indicated that they had traveled," Van Dissel said.